Between crashing weddings and returning lost items via Twitter, Tom Hanks, the Internet’s favorite dad, found time to engage in another activity made for going viral online: “Carpool Karaoke” with The Late Late Show’s James Corden.

The actor joined Corden for a special back-to-school edition of the wildly popular “Carpool Karaoke” segment that was featured on XQ: The Super School Project, a one-hour tv special to support the American education system that also featured the star power of everyone from Viola Davis to MC Hammer.

In the clip, Corden tries to order an Uber, only to discover that Hanks, who is driving a large yellow school bus, is his driver for the night.

As Hanks drives Corden, they sing a rousing rendition of Kim Wilde’s “Kids in America” with students on the bus.

Watch the hilarity ensue at the 33 min mark below. 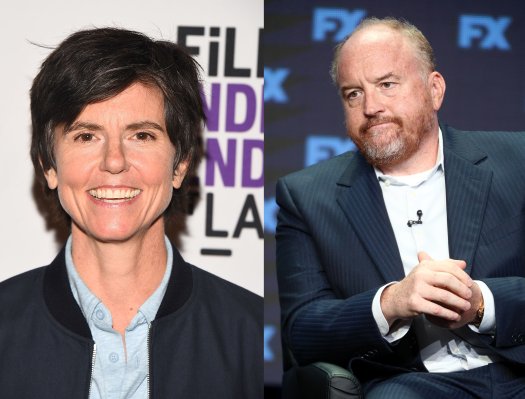 Louis C. K. Explains Why He Won't Discuss Allegations of Sexual Misconduct
Next Up: Editor's Pick