Last Week Tonight has been on hiatus for a few weeks, so John Oliver did not get a chance to comment on Donald Trump’s controversial decision to pardon Sheriff Joe Arpaio, the answer, according to Oliver, to the question, “What if a decaying russet potato somehow hated Mexicans?”

Arpaio was voted out of office in Maricopa County, Arizona, back in November and was convicted earlier this year of criminal charge for violating a federal judge’s 2011 order to stop racially profiling in immigration roundups. Trump decided to use his power of presidential pardon, or as Oliver calls it, “the only genuine get out of jail free card”, to free Arpaio. The pardon was a move that Oliver said delivered a “slap in the face to the very rule of law itself.” As Oliver notes, “Arpaio broke the rules he was sworn to uphold, rules that are put in place to protect citizens from a government going out of control.”

While Trump’s defended his decision by saying he was a “patriot,” claiming the sheriff was “just doing his job,” and was unfairly treated by the Obama administration, Oliver disagreed. “He was also doing something illegal,” says Oliver. “You wouldn’t say that John Wayne Gacy was just doing his job, even though he was, by all accounts, a pretty good birthday clown.” 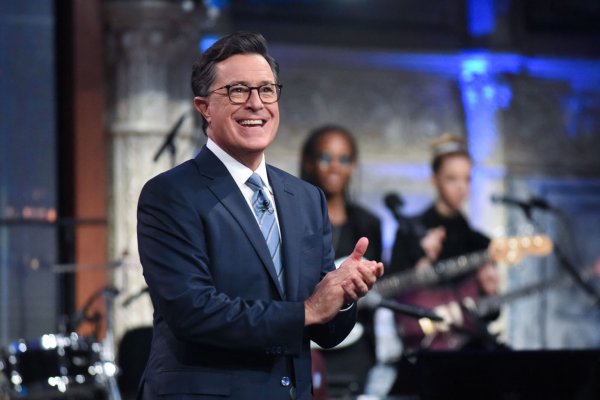 Stephen Colbert Flashes Nazi Salute During Rant About Steve Bannon and Trump
Next Up: Editor's Pick