Florida authorities are advising people against firing weapons at Hurricane Irma following a Facebook event titled “Shoot At Hurricane Irma” that garnered interest from over 45,000 accounts.

“To clarify, DO NOT shoot weapons at Irma,” the Twitter account of the Pasco County Sheriff’s office tweeted on Saturday night, just hours before the eye of the storm passed over the Florida Keys. “You won’t make it turn around & it will have very dangerous side effects.” Bullets fired into a storm system like a hurricane can have unpredictable and potentially dangerous trajectories.

Ryon Edwards, one of the host of the events, wrote in a Facebook message to TIME that the event was started as a joke that took on a life of its own. “I am amazed that anyone could see it as anything else than a joke,” he said.

But the response indicates Floridians’ heightened anxiety as the force of Hurricane Irma weighs down on the Sunshine State. Irma made landfall Sunday morning in the Florida Keys, and is expected to move towards the central and northwestern parts of the state Sunday and Monday. 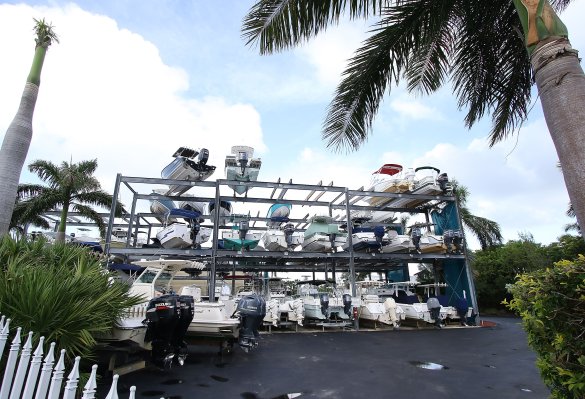 National Weather Service: 'Nowhere in the Florida Keys Will Be Safe' From Irma
Next Up: Editor's Pick