As Hurricane Irma ripped through the Caribbean and the Bahamas this week, it caused immense damage and destruction to homes, businesses and infrastructure on the islands.

It also sucked away ocean water from the shoreline at some beaches in the Bahamas.

Over the weekend, several Twitter users posted videos and photos of what was left after the water seemingly disappeared during Hurricane Irma. Conch shells sat on damp, rocky sand and docks stood with no water beneath them. In the videos, no ocean water can be seen — even past the horizon.

“I am in disbelief right now…This is Long Island, Bahamas and the ocean water is missing!!!” Twitter user @Kaydi_K, who posted the video, wrote.

The eerie phenomenon came as a result of the powerful hurricane. The center of the storm has low pressure that draws water upward, according to the Washington Post. “Low pressure is basically a sucking mechanism — it sucks the air into it, and when it’s really low, it can change the shape of the surface of the ocean,” explains the Post‘s Angela Fritz. “As the storm draws water toward the center, it gets pulled away from the surroundings.”

While some have speculated the disappearing water could indicate an incoming tsunami, that’s not the case here. Wayne Neely, a forecaster with the Bahamas Department of Meteorology, wrote in a post on Facebook that this phenomenon previously occurred during a hurricane affecting Acklins Island in the Bahamas in 1936.

He also warned that the water will come back soon — and residents should be cautious, since the water’s return may be powerful. “But in the Long Island and Exuma cases care must be taken in this case because the water often returns with even greater fury,” Neely wrote.

Hurricane Irma passed through the Bahamas on Friday and struck other Carribean islands late last week. The Category 4 storm made landfall Sunday morning in Florida, where it is expected to move up the western coast of the state. 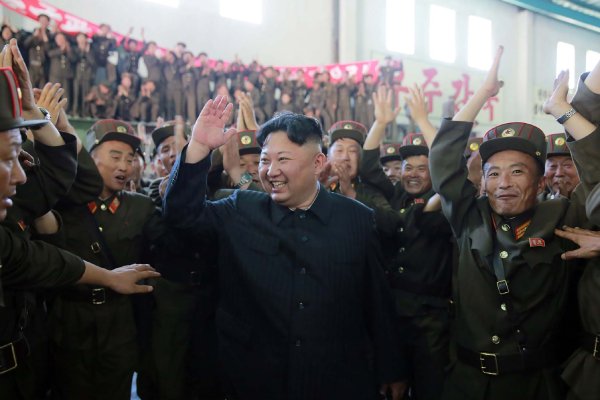 These Are President Donald Trump's Only Options for North Korea
Next Up: Editor's Pick