A Florida woman racing to find a generator ahead of Hurricane Irma’s imminent arrival in the state got what she needed due to the generosity from a complete stranger.

Pam Brekke had been waiting for days to buy hands on a generator in order to keep her sick father’s oxygen supply powered, and traveled nearly 30 miles to a Lowe’s Home Improvement that had received a surprise shipment of about 200 generators on Thursday, WFTV-TV reported. The generators sold out within two hours, managers at the Lowe’s store told the ABC affiliate.

Brekke, who had been next in line to receive a generator, broke down when she realized the supply sold out and that she might not have anything to power the much-needed oxygen. To her surprise, Ramon Santiago, a customer who had gotten a generator but had not bought it yet, saw Brekke cry and said she could take it.

Overwhelmed, Brekke hugged Santiago, and tearfully thanked him. A video from WFTV shows Santiago hugging and comforting Brekke and telling her: “Everything is fine.”

“That gentleman was a great gentleman right there,” Brekke said. “God will bless that man.” 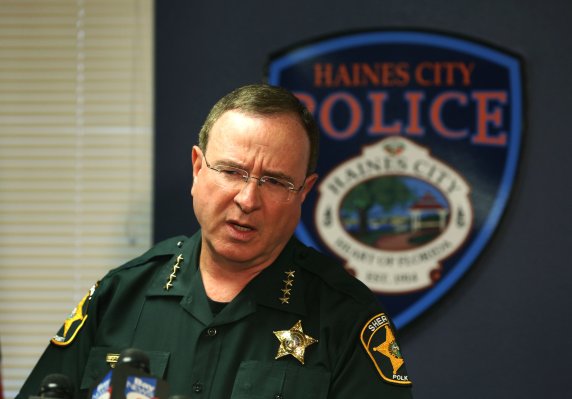