This Is the Story Behind the POW/MIA Flag

The American flag and POW/MIA flag fly during a game between the Colorado Rockies and Washington Nationals at Nationals Park on July 30, 2017, in Washington, DC.
Joe Robbins—Getty Images
By Olivia B. Waxman

National POW/MIA Recognition Day may be Friday, but many Americans are accustomed to seeing the now-familiar flag of their cause — the silhouette and white letters on a black background — flying outside post offices, military properties, hospitals and government buildings all year round. Far less well-known are the people who created the flag.

Mary Hoff of Orange Park, Fla., gets credit for coming up with the idea for such a flag. She had just given birth to her fifth child when her husband, Navy Lieutenant Commander Michael Hoff, was shot down in a flight over Laos in 1970, during the Vietnam War. His body was unaccounted for.

“I once asked in Washington, ‘What do I bury?'” she told the Florida Times-Union in 2009. “And they said, ‘Well, we’ll give you all the artifacts from the aircraft.'”

Sensing that other families might want something more ceremonious, she asked a New Jersey graphic design company called Annin & Co. to create a flag that fellow members of the National League of Families of American Prisoners and Missing could rally around. The company hired illustrator Newton “Newt” Heisley for the job.

And for Heisley, the mission felt personal.

“I used to fly within range of the Japanese and wondered how I would hold up if I ever got captured,” the World War II veteran once said, according to the company’s site.

He ended up basing the gaunt, silhouetted profile on the flag on that of his son Jeffrey — who was not a prisoner of war. Rather, he had been forced to leave the Marines because of a case of hepatitis. “You are not forgotten,” the words below the figure read.

Hoff claims the color scheme was her idea, however. “I said, ‘I don’t want a lot of colors,'” she told the Times-Union. “I had seen a picture of one of those POWs wearing black-and-white pajamas. And because of that I said, ‘We need a stark, black-and-white flag.'”

Heisley told the Colorado Springs Gazette in 1997 that the flag was intended for use merely by “a small group” of people personally affected, and that its widespread appeal came as a surprise. Nevertheless, it boasts “the distinction, historians and flag experts believe, of being the only non-national flag that any federal government anywhere in the world has mandated to be flown regularly,” according to Marc Leepson, author of Flag: An American Biography.

In 1982, it became the only flag other than the American flag to fly over the White House. In 1990, Congress recognized the flag as a “symbol of our Nation’s concern and commitment to resolving as fully as possible the fates of Americans still prisoner, missing and unaccounted for in Southeast Asia.” And the 1998 Defense Authorization Act mandated that federal buildings fly the flag on Armed Forces Day, Memorial Day, Flag Day, Independence Day, National POW/MIA Recognition Day and Veterans Day.

But not everyone thinks it should be flown everywhere. Some scholars argue that it’s a painful reminder of a war that went on longer than necessary in order to find people who couldn’t be recovered. Some argue that, as the last known Vietnam POWs came home in 1973, the flag may not be relevant anymore.

But even in 2014, it remained newsworthy: After the return of the only U.S. soldier captured by the Taliban, Bowe Bergdahl, the residents of his hometown Hailey, Idaho, cancelled a homecoming celebration after years of parading the flag for his return, due to national uproar over the circumstances surrounding his disappearance. In defending his city, Mayor Fritz Haemmerle essentially paraphrased the motto of the flag: “For the men and women who choose to serve, the City of Hailey believes we do not leave our soldiers behind.”

And so, the flag has come to be seen as a symbol of a principle that doesn’t just apply to those who fought and were lost in Vietnam, but to all members of the U.S. armed forces serving their country abroad. 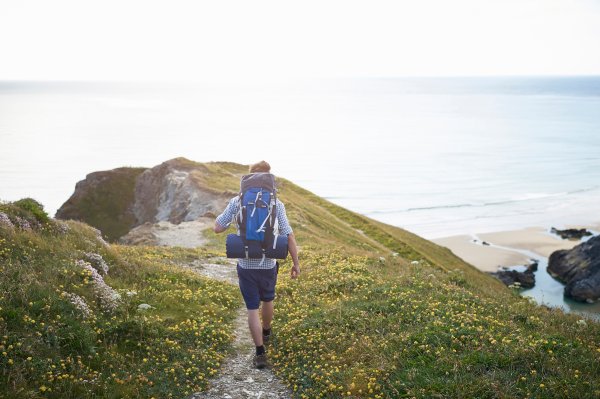 17 Things Successful People Do on Long Weekends
Next Up: Editor's Pick