Janet Napolitano Helped Create DACA. Now She's Suing Her Former Agency to Try to Save It

Former Secretary of Homeland Security Janet Napolitano, who helped establish the program that shielded some 800,000 undocumented immigrants from deportation, has joined the growing list of groups suing to keep it in place.

On Friday, Napolitano, who now serves as the president of the University of California system, announced that lawyers had filed a lawsuit against the Trump Administration for ending the Deferred Action for Childhood Arrivals program, known as DACA, on behalf of her and the school system.

“At the University of California, we see the exceptional contributions young dreamers make every day,” Napolitano said on a conference call with reporters. “They really represent the spirit of the American dream.”

The lawsuit accuses the Trump Administration of failing to follow proper administrative procedures and violating the due process rights of University of California students, around 4,000 of whom are undocumented, by so quickly ending the program. The lawsuit also claims the Administration’s decision, which was announced by Attorney General Jeff Sessions on Sept. 5, is not supported by reasoned decision making.

On the call with reporters, Napolitano also said that in deciding to phase out the DACA program over the next six months, the Trump Administration had “dashed” the dreams of immigrants across the U.S. Those who benefit from DACA were usually brought to the U.S. by their parents as children and some have few connections to their country of origin.

The U.C. California suit is the latest filed against the Trump administration over the DACA decision. Earlier this week, attorneys general from 15 blue states and D.C. filed a suit asking a federal judge to strike down Trump’s rescission of DACA. The attorneys general claim that the decision was grounded in racial animus based on statements Trump made about Mexicans during the 2016 campaign for the White House.

As former Secretary of Homeland Security, Napolitano is uniquely positioned to challenge the Trump Administration. In fact, it was her 2012 memo establishing DACA that was rendered moot by Acting Secretary Elaine Duke on Sept. 5. Napolitano said Friday she is confident in her challenge because the program was designed through a “careful legal analysis” and it has never been deemed illegal by a U.S. court.

Though the suit has been filed, Napolitano said Friday she would still encourage any DACA recipient whose deferral or work permit is set to expire by or before March 5, 2018 to apply to have those documents renewed by the Oct. 5 deadline. Napolitano said she’s also calling on Congress to come up with a legislative solution to DACA, which President Trump has also asked for. 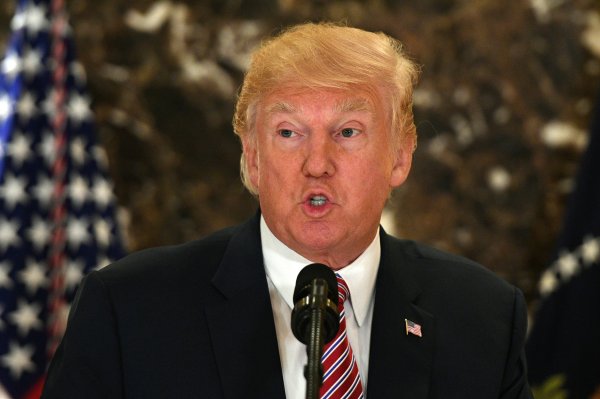 Trump: DACA Recipients 'Have Nothing to Worry About'
Next Up: Editor's Pick