Blanc and Chavez are state representatives in Arizona; Alonso Leon is a representative in Oregon; Rubio is an Assemblywoman in California.

As state legislators, the four of us represent diverse communities. Yet we share something in common: We were all brought to this country as children by parents who wanted to provide a better life for their families. Each of us spent time in our young lives without documents. Our stories vary — we grew up in different states, our lives took different paths — but this country gave us the opportunity to get an education, to work hard, to gain citizenship and to eventually run for office. It is that opportunity that makes America beautiful. Being elected to represent our communities felt like the true culmination of the American dream — and the idea that anyone who works hard and contributes to their community can succeed.

Donald Trump was elected president the same night that we were first elected to serve as legislators, and we knew this would give new meaning to our first terms in office. President Trump has now announced his intention to end the Deferred Action for Childhood Arrivals program, and kicked the decision to the federal legislature. We wish to make clear to leaders in Congress and the White House what this would mean: ending the dreams of a generation.

DACA recipients, known as “Dreamers,” are 800,000 of the hardest-working young Americans in this country. Like us, they were brought to this country as children by parents who dreamed of a better future. Like us, this is the only country they call home.

DACA is not just ink on a piece of paper — it’s also the opportunity to aspire to a better job, to earn higher wages and to have better working conditions, as well as the ability to buy a car or even own a home (which, yes, leads to increased state and local tax revenue). Dreamers enrich and strengthen our cities, states, schools, businesses, congregations and families.

If Republicans and the Trump Administration remove these protections from Dreamers, thousands of young Americans would be forced back into the shadows. Families would be torn apart; jobs would be lost; academic careers would be interrupted; communities would be made less safe. We’ve invested in these Dreamers already. We must respect their potential and give them the chance to succeed and return that investment by contributing to the country as adults.

For a politician to toy with the futures of so many young people is unconscionable. But when you consider the impact that repeal would have on our economy, it’s also reckless. The progressive think tank the Center for American Progress estimated that ending DACA would wipe away at least $433.4 billion from our nation’s GDP. Dreamers are not eligible to receive federal benefits like food stamps or financial aid, but they do pay taxes — the Institute on Taxation and Economic Policy estimates that Dreamers pay over $1.2 billion annually in federal, state and local taxes. That’s $1.2 billion that may disappear from our budgets if President Trump repeals this program. It’s time to put politics aside and do the right thing for our communities by giving Dreamers the certainty and respect they deserve.

The four of us chose to enter public service because we want to give back by protecting the very best of what America represents: opportunity, hard work and caring for your neighbor. Our families started with very little, but in America, they were able to make it. Our communities — and our country — invested in us, and we felt that is was important to give back.

We also know what it feels like to be in the shadows. We speak for the millions of Americans and hundreds of thousands of Dreamers who want to continue to make our communities thrive — and to do so openly. This country has given us incredible opportunities, and we are so proud of what we’ve been able to build. The next generation of Dreamers deserves the same opportunity. 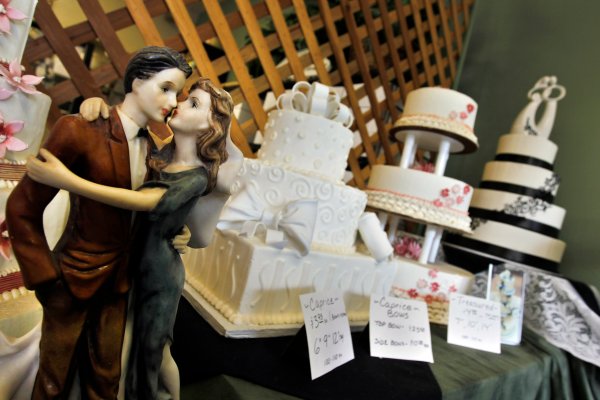 Bakeries Are the New Lunch Counters in the Civil Rights Movement
Next Up: Editor's Pick