This Football Player Fought for Civil Rights in the '60s. Here's What He Thinks About National Anthem Protests

Clem Daniels (36) of the Oakland Raiders races around the right side of his line as Jerry Mays, right, of the Kansas City Chiefs moves in for the tackle, in Kansas City, Mo., Oct. 31, 1965. The Chiefs won 14-7.
William P. Straeter—AP
By Olivia B. Waxman

On Thursday night, Kansas City Chiefs cornerback Marcus Peters became the latest NFL player to choose not to stand for the national anthem. Peters’ decision was part of a growing movement, largely inspired by San Francisco 49ers quarterback Colin Kaepernick‘s decision a year ago to sit and kneel during the song, to make a statement about what they see as a nation not living up to its ideals, particularly for African-Americans.

With football season’s week one beginning in earnest on Sunday, broadcast networks are preparing for the chance that other players might do the same over the weekend — while the fact that Kaepernick has gone so long without being signed has inspired some fans to protest too.

This is not the first time professional football players have gotten together to make a bold statement about racial inequality. One prominent example took place in 1965, when 21 African-American players refused to play in the American Football League’s all-star game if it was held in New Orleans — a city then angling for its own football franchise — because of the discrimination they faced there in the week leading up to the big game. The protest, which white players supported, forced officials to move the game to Houston.

More than 50 years later, Clem Daniels, former Oakland Raiders running back and one of the leaders of the boycott, spoke to TIME about the lessons he learned from that decision, and what current NFL players could learn from it.

TIME: How were you were treated in New Orleans when you got there?

DANIELS: First, when we got to New Orleans a week before the all-star game, I was with my teammate Art Powell and Earl Faison [of the San Diego Chargers]; there were about 15 cabs right in front of the airport, and when we whistled and beckoned them to come down, they just sat there until Earl Faison walked up to one and said we had to get a cab to the Roosevelt Hotel. The driver told us, “You’ll have to catch a colored cab in the back.”

At the hotel, the elevator operator said, “You’ll be the first black people to stay in this hotel.” We went downstairs to the café to get something to eat. We were seated two seats down from a white lady, and when Ernie Warlick [of the Buffalo Bills] hung his raincoat next to hers, she went up and grabbed her raincoat because she didn’t want her raincoat hanging next to his raincoat.

We decided we’d go to Bourbon Street. When we got there, [the doorman at the bar] opened up the peep hole and said you guys can’t come in here. Ernie Ladd said, “You open this door in the next 15 seconds or I will put it in your lap.” Someone behind the door told the doorman to let us in. There must have been about 200 people in the place, two large bands, and everybody stopped talking, the band stopped playing. There were no black patrons. We walked up to the bar, and I asked for five shots of tequila. We drank our shots, and we walked out.

When we got back to the hotel, other players had arrived, and everyone had a similar story to tell. So I said, “Let’s go up to the hospitality suite and talk about this.” About 15 or 20 minutes later, the doorbell on the suite rang and in walked the city attorney and the guy who was the local head of the NAACP, who later became the first black mayor of New Orleans. They were trying to get us to stay.

Why did you decide to leave?

The city attorney said we would gain more by playing than we would if we left, and that just did not make a whole lot of sense to me. We were there to entertain the general public. We weren’t there to take the abuse.

Everyone was sitting around looking at each other saying what are we going to do, and I said don’t know what you guys are going to do, but I’m going to get my bag and go home. My roommate Art Powell said, “I’m going with you.” I got back to San Francisco the next morning at about 7 o’clock, and got a call that the game had been moved from New Orleans, and I had a flight out to Houston.

You must have confronted segregation before New Orleans, though. How was this particular situation different?

Segregation varied from state to state. There were things that we were confronted with in New Orleans I had never been confronted with before, like having to take a black cab versus a white cab. The main reason I agreed to leave New Orleans that night is there are certain standards you must adhere prior to getting a franchise. One of the things you must adhere to [is that] when a team comes in to play, they should be allowed to go where they want to go, eat at restaurants they want to eat at. There should some progress that [the city is] making. That kind of degradation is too embarrassing.

Having participated in that boycott, what do you think of NFL players’ refusal to stand for the national anthem?

I would have told Colin Kaepernick a long time ago that his approach right now may not be the most sensible approach to the problem that we have. My take on that is, you get with your leaders within your community, the black community, and discuss the most apt way to approach the protest and do it from a collective standpoint. And right now, the best thing you can do is play football, earn the money, save the money and put yourself in a position so you can help the cause on a long-term basis.

I remember lying in bed watching the Selma march on TV and getting up and calling Al Davis [the Oakland Raiders coach]. I said, “I gotta go, I need to be there with my people on the front lines.” Al said, “During the off-season you can do that, but let’s send them some money now. Who do you know who’s involved with this thing?” I knew someone who directed me to Martin Luther King’s West Coast physician, and we wrote a check to the Southern Christian Leadership Conference.

Why was it better to go that route?

Professional football wasn’t as big. Even though I was the top running back in the AFL at the time, I would have been just another speck the crowd if I had gone down there. What Al Davis was saying at that time is, this is not going to go away. We’re going to be going through this fight for many years to come, so begin to position yourself now, so that over the long term, you can be a major part — an even more integral part — of the effort. And he was right, and I’m glad I’m listened to him.

What do you see as the differences between now and then? Is it harder to take a public political stance on the field as a professional football player today than it was when you were playing?

King, Jesse Jackson, Benjamin Hooks, John H. Johnson — these were the people I looked to for the best position to take, the most knowledgeable information. And you could call them when you had a problem. We were surrounded by those people. The black community was more accessible to all of us because we were all fighting for the same cause. Those kinds of leaders are not as prominent today, so Kaepernick is somewhat limited in terms of who he can consult with before making his decisions. Every NFL team should have someone on their staff who is closely linked to that black community. We had that kind of person for the Raiders when I was in the Raiders.

And what Charlottesville showed is that lot of things we thought had past, the evilness is as prevalent today as it was 50 years ago. I can’t remember a time in my life when we weren’t confronted with these kinds of issues. 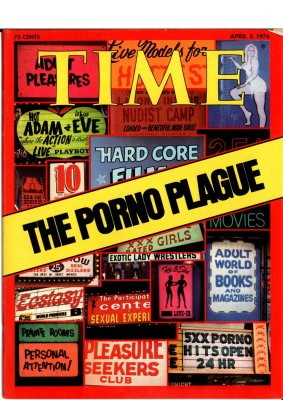