5 Ways to Catch a Flight Before a Hurricane Hits

For many travelers, getting a flight out of an airport in Florida as Hurricane Irma bears down will be practically impossible.

Major airlines are canceling flights prior to the Category 5 storm making landfall by Sunday. There are other ways out of Irma’s path, but Amtrak appears to be booked up, although a quick check of Greyhound Bus Lines indicates that tickets out of Miami are still for sale.

If you are lucky enough to nab a flight out the hurricane zone, it’s likely to be expensive. Although JetBlue has dropped prices to $99 as an emergency measure to aid the escape efforts in the Florida.

In any case and for future reference, there are a few ways you can at least attempt to escape an impending natural disaster in a hurry by air:

Read more: These photos show how Hurricane Irma has trashed the Caribbean — and it’s heading for Florida next

At The Points Guy, Nick Ellis runs down the state of affairs for commercial travel for those who currently hope to leave Miami, and it isn’t good. Fares have been running upwards of $2,000, one-way. But if you have the dough and want to get out of the danger zone, paying the price is always an option.

Fly to an airline’s hub

It can improve your chances of finding a flight if you are willing to fly anywhere. Especially an airline’s hub. For American, this would be Dallas, Charlotte, Phoenix, Philadelphia, and Los Angeles, to name several (TravelMiles101 has a complete list).

Frequent flyer miles are better than money, in some cases. So even if you can’t find a flight by going directly to an airline’s website to book — as opposed to aggregation service, such as Expedia — you can see if your miles balance will get you a ticket. Again, as Ellis notes, you will be parting with a lot of miles, potentially.

Find a friend with a plane

This actually happened to me once — not under dire circumstances, however. I was waiting for a commuter flight from a large city to a small one and the plane was delayed (and eventually canceled). A guy who was also waiting pulled out his phone and called around to some friends trying to find somebody who owned or who had access to a small aircraft and would be willing to fly him home. And it worked!

CNBC reported that Florida private-jet operators were experiencing a big uptick in demand.

“While this is normally a slow time of year, they said calls and bookings are more like a Super Bowl or U.S. Open golf day, with hundreds of wealthy flyers trying to book flights out,” Robert Frank wrote.

Frank added that prices are running $5,000 above the usual — $15,000 — and that providers are flying jets into Florida in an effort to meet the demand before it’s too late. 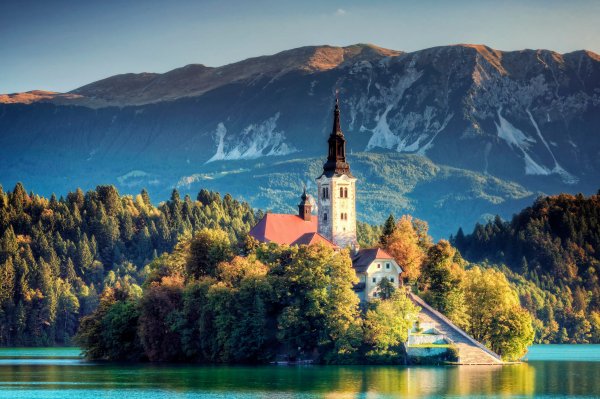 The 20 Most Beautiful Countries to Visit
Next Up: Editor's Pick