'She's Dead on the Floor.' Man Says He Killed His Wife After Taking Too Much Cold Medicine

Matthew Phelps stands in the courtroom during his first appearance Tuesday, Sept. 5, 2017, in Raleigh, N.C. Phelps is charged in the death of his wife, Lauren Ashley-Nicole Phelps.
Ethan Hyman—The News & Observer/AP
By Abigail Abrams

Authorities in Raleigh, North Carolina charged a man with murder after he told a 911 operator he took cold medicine and awoke to find his wife fatally stabbed on the floor.

“I think I killed my (wife),” Matthew James Phelps said in a 911 call published by the Raleigh News & Observer.

When the dispatcher asks Phelps what happened, he replies, “I had a dream and then I turned on the lights and she’s dead on the floor.”

“There’s blood all over me, and there’s a bloody knife on the bed. I think I did it,” Phelps continued.

He then said he had taken Coricidin Cough and Cold medicine before going to bed. When he woke up, he saw his wife, Nicole Phelps, dead.

Cough and cold medicines can have severe effects at higher-than-recommended doses. The ingredient Dextromethorpan, which is found in many medicines, can cause “sensations of physical distortion and hallucinations,” according to the National Institute on Drug Abuse.

Bayer, the company that makes Coricidin, said in a statement that it “extends our deepest sympathies” to the family.

Police arrested Phelps after the Sept. 1 stabbing, according to the Washington Post, and he appeared in court this week, where he was charged with one count of murder. He did not enter a plea, the Post reported, and is being held without bond at the Wake County jail. If he is convicted, Phelps could face the death penalty or life in prison without parole. 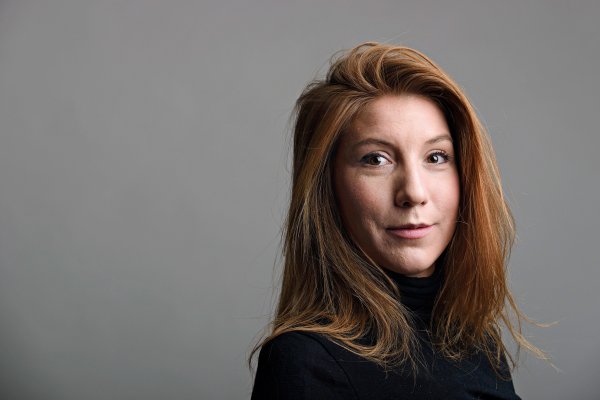 Suspect: Kim Wall's Death Was an Accident
Next Up: Editor's Pick