I clearly remember the excitement and stress of getting my two daughters off to college. My oldest went to Texas Christian University close to our Fort Worth home, and my youngest went further away to Colorado College in Colorado Springs. Regardless of how far away they were, I was nervous about this next step in their lives – the stress of a heavy class load, if they would get along with their roommates, how they would make new friends and how they would confront their new freedoms responsibly when it came to parties, drinking and possible peer pressure.

One thing I did not consider was the “red zone” – the fall semester when the majority of sexual assaults occur against students on college campuses across the country.

As more and more survivors of campus sexual assault come forward publicly with their stories, parents are becoming increasingly aware that this is an issue we need to discuss with our college-bound children. And, while many will be tempted to talk solely to their daughters about how to protect themselves and avoid risk, we should be talking to all our children about what it means to seek and provide consent, how to intervene as a bystander and what to do to keep ourselves and others safe.

Rather than starting with victimization, discussions on sexual assault and rape should start with the source of the problem: perpetration. Research has found that a very small group of male college students are responsible for the majority of campus sexual assaults. And those who commit sexual assault often commit other violent and criminal acts, solidifying their status as public safety risks. Undetected repeat rapists on college campus average about six victims each, providing further support for victimization surveys revealing that 25% of women will experience sexual assault and almost 27% will experience some form of unwanted sexual contact during college. These surveys, thankfully, have recently expanded to acknowledge that over 21% of transgender and gender nonconforming students and 5% of male students will experience sexual violence too.

Knowing all of this, as parents, it is our continued and collective responsibility to protect our children through ensuring awareness of the risk and providing prevention information to all our children — not just our girls.

Under the Obama Administration, SurvJustice worked to secure protections under Title IX so colleges and universities promptly and equitably responded to sexual violence on campus. The guidance set forth by the Obama Administration — in the 2011 Dear Colleague Letter that was expanded upon in a 2014 memo — clarified the appropriate burden of proof for colleges to use in adjudicating sexual assault cases (preponderance of evidence, a lower burden of proof than the “beyond a reasonable doubt” standard used in criminal courts). Additionally, the Administration directed colleges and universities to take steps to protect the complainant from running into the alleged perpetrator around campus. The guidance has been subject to its fair share of criticism, but sexual assault survivors argued that it took essential and invaluable steps to protect them on their college campuses.

But it seems we have reason to fear that this commitment to protecting survivors will not continue under the Trump Administration.

On Thursday, Secretary of Education Betsy DeVos announced that the Department of Education, under her leadership, would rethink and change the Obama-era guidance to better balance the needs of survivors of sexual assault and those students who are allegedly falsely accused by their peers. DeVos said that this change will protect all students.

While campus sexual violence is indisputably prevalent, false reports are rare. In fact, studies show that false reports occur only 2 to 10% of the time. While schools may need more clarity on ensuring due process protections while protecting victimized students, sexual assault is not being falsely claimed by “confused” or “deceitful” women going against “innocent” or “good” men. This narrative only perpetuates misogyny and sexism that fuels rape culture and led to the need for the Title IX guidance in the first place. And it’s a narrative that DeVos’ own department has fueled in the past: in April, Candice Jackson, who oversees the Department’s Office of Civil Rights, said that 90% of sexual assault allegations are the result of both parties being drunk or deciding six months after an encounter that it wasn’t “quite right.” Jackson, who didn’t offer any evidence to support her remarks, later apologized.

In her remarks on Thursday, DeVos said that the Obama-era guidance went too far. “Instead of working with schools on behalf of students, the prior administration weaponized the Office for Civil Rights to work against schools and against students,” she said. “We will seek public feedback and combine institutional knowledge, professional expertise and the experiences of students to replace the current approach with a workable, effective and fair system.”

But what does an “effective and fair” system look like? Well, that is where Title IX guidance has always come in! Title IX is a 1972 federal civil rights statute that prohibits sex discrimination in educational settings. It has not only helped women gain access to higher education, it also provides protections against sexual harassment and violence for those who made it on campus. Using Title IX as its guiding doctrine, the Department of Education has required schools receiving federal funding to craft policies that prohibit sex discrimination, hire Title IX Coordinators to track patterns on campuses in order to better prevent harm and to provide a campus grievance process to address instances of discrimination, harassment and violence.

This campus grievance process requirement is deeply important. Colleges should be in the business of addressing sexual misconduct in any form on their campuses. Having campus-level procedures minimizes federal government and court involvement in schools while allowing our institutions of education to self-evaluate their practices and come into better compliance with Title IX.

The Department, under the Obama Administration, required that the campus grievance process be “prompt and equitable,” which means both complainants and alleged perpetrators are put on equal footing during the process. Despite what DeVos argues, both parties are awarded due process rights under the current system.

And it’s not just Title IX that assures these protections. Congress guaranteed protections against campus crime through passage of the 2013 Violence Against Women Act Reauthorization, which included amendments to require higher education institutions to collect and report data on the number of sexual assaults, domestic violence, dating violence and stalking incidents on campus each year. The law also required schools to craft awareness and preventions programs, including bystander intervention training. And it stipulated that colleges provide a fair, prompt and impartial processes to both victims and the accused, which includes the right to have an adviser of their choice present during the hearings, the right to call witnesses and the right to be notified of updates to the case “simultaneously.”

Title IX, as interpreted by the Obama Administration, and other federal laws already put in place an equitable process that keeps all students safe while adding sensitivities to not further traumatize sexual assault survivors. It’s not the laws or the guidelines that need to change to better protect students.

Instead, schools need to do more than balance their own liability concerns with the responsibilities and obligations they have toward their students. The Department of Education should be focused on that goal, rather than trying to start from scratch. If you’re a parent, demand that Secretary DeVos keep Obama-era protections in place. Your child’s success, happiness and safety while in college may very well depend on it. 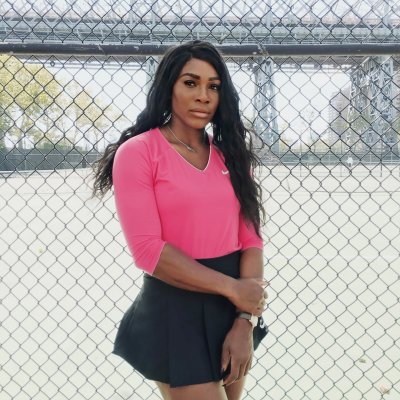 Serena Williams on Dealing With the Haters
Next Up: Editor's Pick