Stephen Colbert took to his show Wednesday night to unpack President Trump’s comments at an event in North Dakota, where he shared an anecdote of a conversation with his daughter and part-time seat-filler, Ivanka. The bit that stands out: Trump’s use on the term “daddy,” when he quoted the First Daughter. But Colbert had an explanation for it.

“By far, the most awkward moment — and for Trump, that’s a pretty high bar — was when he brought up Ivanka,” Colbert prefaced the clip of Trump.

Colbert’s take on the widely covered “daddy” term is, as could be expected, satirical. “Not weird at all,” he joked. “All of Trump’s advisors call him ‘Daddy.’ Sean Spicer is actually the one who started it.” Spicer was Trump’s embattled White House press secretary up until late July, when he resigned from his post. 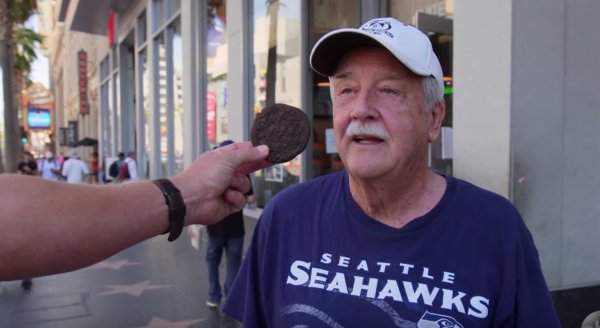 Jimmy Kimmel Asked People to Name a Member of Congress. Predictably Everyone Was Clueless.
Next Up: Editor's Pick