This Is Rockstar's First Game for the Nintendo Switch

Just like that, the Nintendo Switch is getting a Rockstar (the Grand Theft Auto folks) game, and you can play it as soon as this November 14, which is crazy. LA Noire is an oldie, to be fair, but only by six years, and if I’m any sort of litmus, one I suspect a lot of on-the-go players may be inclined to circle back to.

Not like Red Dead Redemption, much less Grand Theft Auto V, both of which sold like gangbusters, the former clearing over 15 million, the latter an incredible 80 million. We’ve played the heck out of those games, and Red Dead Redemption 2 is just around the corner.

LA Noire moved just 5 million copies by contrast. That’s still a fantastic number by most standards, but it makes me wonder how much bigger the game could get in rerelease. I only dabbled with it when it debuted in May 2011, distracted by contemporaneous time sinks like Portal 2 and The Witcher 2: Assassins of Kings. I never got around to revisiting director Brendan McNamara and team’s so-called neo-noir exploration of Los Angeles circa 1947. I remember it mostly as the game where characters’ faces got creepy-real, every forehead wrinkle and eyebrow lift mapped during actor mo-cap sessions by 32 encircling cameras. Oh, and the place to see more John Noble after his astonishing work in Fringe.

But it won a fair number of awards, including the Bafta that year for best original score. And Tribeca (the ballyhooed film festival) made it an official selection—a first for a video game. I will absolutely make time for it this go round, since I’ll be able to play it anywhere, and with the sort of controls it was designed for.

Enhanced versions of LA Noire are coming to the PlayStation 4 and Xbox One on November 14, too, though they’ll be visually tweaked in accord with those systems’ greater processing power. (PlayStation 4 Pro and Xbox One X players can play at native 4K resolution, too.) And there’s even a separate virtual reality version coming, dubbed LA Noire: The VR Case Files, that bundles seven of the game’s original detective cases, “rebuilt” for the HTC Vive. (Alas, there’s no mention of Oculus Rift or PlayStation VR support at this point.)

The full versions of the game come with all the downloadable content, and the Switch version includes Joy-Con motion control and haptic feedback support, new camera angles (wide and over-the-shoulder), and context-sensitive touchscreen controls. 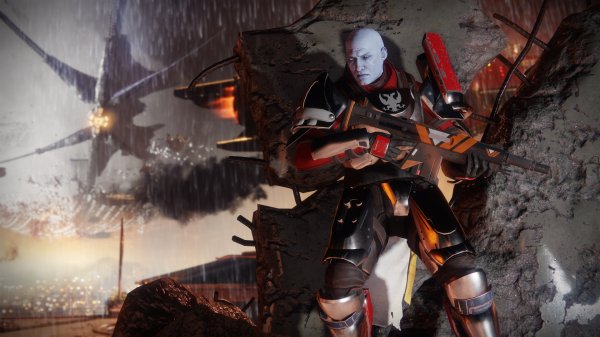 Destiny 2 Review: It Has One Huge Problem
Next Up: Editor's Pick