Russian paratroopers march during the celebrations of Paratroopers Day in the Red Square in Moscow, Russia.
Alexander Zemlianichenko—AP
By Simon Shuster

As many as 100,000 troops are expected to take part in the Zapad drills, Russia’s premier military exercises, from Sept. 14 to Sept. 20. These war games, usually held every four years along the borders of E.U. and NATO countries, seek to send a message to the world: that the Russian military is once again a force to be feared.

Moscow claims Zapad will be much smaller: only about 13,000 personnel in total, including 7,200 from ally Belarus as well as roughly 70 aircraft, 250 tanks, 200 artillery systems and 10 naval ships. Yet European defense officials anticipate many more troops to be involved. Among other drills, Zapad typically includes a simulated nuclear strike against a European nation. In 2009 the hypothetical target was Poland; in ’13 it was Sweden.

This is the first Zapad since Russia’s invasion of Crimea in 2014, and Eastern Europe is on edge. Poland warned that the drills could be used as cover for an invasion, and Lithuania is building a fence. NATO drills in July involved about 25,000 troops, but the alliance said it did not increase its military presence in reaction to Zapad.

Russia has the world’s second most powerful military, but it is still an underdog compared with that of the U.S. In keeping with Russia’s broader military strategy, however, its goal during the Zapad drills is to project more power than its armed forces can actually muster. Judging by the level of alarm in Europe, the intimidation approach appears to be working. 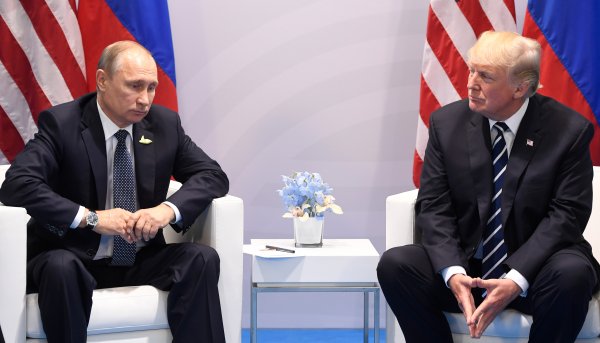