Activists rallied in Columbus Circle and marched from there to Trump Tower in protest of President Donald Trump's possible elimination of the Obama-era "Deferred Action for Childhood Arrivals" (DACA) which curtails deportation of an estimated 800,000 undocumented immigrants.
Albin Lohr-Jones—Pacific Press/LightRocket/Getty Images
By Maya Rhodan

In the early days of his presidency, Donald Trump pledged to “show great heart” to the young immigrants who had entered the country illegally as children, usually brought by their parents. The Deferred Action for Childhood Arrivals program, put in place by President Obama, has helped nearly 800,000 people get an education, find work and live without fear. “I love these kids,” Trump said of the so-called Dreamers. He vowed that they could “rest easy.”

Then on Sept. 5, Attorney General Jeff Sessions announced that Obama’s executive action was being rescinded, leaving many young immigrants to question their future in a country that they consider to be home.

The impact is immediate. DACA promptly closed to new applications. Those whose work permits and deportation deferrals (valid for two years) are set to expire on March 5, 2018, have until Oct. 5 to apply for a renewal. Applications that were submitted before the changes were announced will be adjudicated on a case-by-case basis, but Dreamers whose papers expire after March 5 have no recourse. Without DACA, they will be at risk for deportation.

Trump urged Congress to pass legislation restoring what his Administration had revoked. While parts of the GOP base oppose DACA, there will be a bipartisan push to preserve it. Republican Senator Lindsey Graham called on his colleagues to take up the bipartisan Dream Act, which would offer qualified immigrants a pathway to citizenship. But the politics are fraught. “The only thing that stands between you and certainty in your life is the Congress,” Graham said of Dreamers. “That cannot be reassuring.”

Tony Choi, a Dreamer whose DACA coverage is set to expire at the end of 2018, says that prospect was enough to bring him to tears. Six months, he adds, is not enough time for Congress to come up with a solution. “What’s the guarantee that Congress actually will do something?” he says. “The reality is we don’t know.” 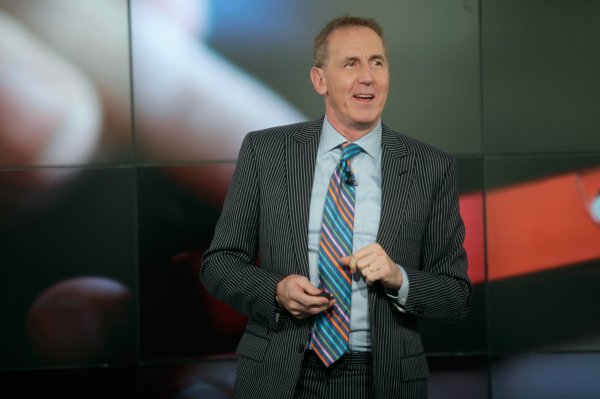 'Art of the Deal' Ghostwriter Thinks President Trump Will Resign Before the End of the Year
Next Up: Editor's Pick