India's Youth and Liberty Are Looking Less Like Advantages Over China

It’s become fashionable to view India, not China, as the world’s true emerging-market powerhouse. India’s demographics and the political resilience that comes with a decentralized democracy can seem like key advantages over China’s fast-aging, authoritarian society. Yet India’s surging youth population may soon become a weakness rather than a strength, and there are ways in which India’s government may be becoming much more like China’s.

India’s demographic makeup is often seen as a crucial advantage; half its citizens are under age 25, and 65% are under 35. That’s a lot of potentially productive people ready to lift India’s economy higher. By contrast, China’s population is aging faster than any other in the world. In 1980, China’s median age was 21.9 years. A recent U.N. study estimated that by 2050 it will be 48. That will leave fewer workers to produce the wealth needed to care for the fast-growing population of elderly Chinese.

Yet changing technologies may be about to reverse this demographic logic. The world is only just beginning to feel the impact of automation and artificial intelligence in the workplace. A World Bank study published in 2016 found that these trends leave 69% of all existing jobs in India and 77% of existing jobs in China “threatened.” It’s possible that these trends will create more jobs than they eliminate. But it will not be easy to retrain today’s worker to fill tomorrow’s more technologically complex job, and the resulting labor-market upheaval will be a likely source of severe social unrest. China will face an enormous challenge in managing this change, but its elderly population may relieve some of the pressure on jobs and wages. India is in a more difficult spot. There are already too few jobs for the 1 million Indians who enter the workforce for the first time each month. Over time, India’s youthful population may look less like an asset than a liability.

India’s healthy democracy is another purported advantage over China’s centralized state. Champions of the value and virtues of democracy argue that autocracies will always be fragile because they offer no safe outlet for public frustration, they stifle innovations that threaten elite privileges and they suppress the free thinking needed for ingenuity. In that sense, India’s political structure should be considered an important asset. But it bears watching. In 2009 the Indian government, then led by the Congress Party, enabled the creation of Aadhaar, a biometric identification system designed to provide Indians with better access to public services. In 2010 the program began recording iris scans and fingerprints to establish each person’s unique identity. More than 1 billion people are now listed in the database. When the program is completed, everyone will receive his or her own benefits, subsidy fraud will theoretically become much more difficult, the government can collect more taxes and waste less money, and all can have confidence in their access to services.

The government says the program is intended to connect India’s vast population with modern services while using security tools to eliminate waste, fraud and corruption. But Aadhaar offers state officials a central digital registry that provides personal information and data on every citizen. The risk that this will be used for political purposes is too obvious to ignore. Already the government of Prime Minister Narendra Modi has used Aadhaar to ensure that kids enroll in school, workers show up for work and citizens pay their taxes. Though the program is technically voluntary, a citizen today who wants to buy a train ticket must be registered in Aadhaar’s central database.

But there’s another important difference between India and China. In August, India’s Supreme Court ruled unanimously that Indians have a fundamental right to privacy. That could protect citizens from the potential abuse of data under the Aadhaar system. It’s a reminder that India, unlike China, is still a country where courts sometimes say no to the government. 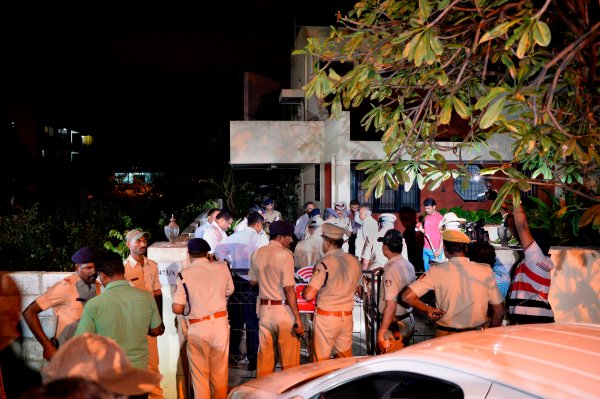