Facebook Says Russian Accounts Bought $100,000 in Ads During the 2016 Election

Nearly 500 accounts that likely originated in Russia purchased $100,000 in Facebook ads during the 2016 election, the social network said Wednesday.

“One question that has emerged is whether there’s a connection between the Russian efforts and ads purchased on Facebook,” Alex Stamos, Facebook’s Chief Security Adviser, wrote in a statement Wednesday. “In reviewing the ads buys, we have found approximately $100,000 in ad spending from June of 2015 to May of 2017 — associated with roughly 3,000 ads — that was connected to about 470 inauthentic accounts and Pages in violation of our policies. Our analysis suggests these accounts and Pages were affiliated with one another and likely operated out of Russia.”

The company said they had disclosed this information to U.S. authorities investigating Russian interference in the election.

Stamos said the company had shut down the remaining accounts that had still been active, but did not say when that had happened or how many had actually been active.

In the months following President Donald Trump’s unexpected victory in the 2016 election, Facebook faced intense criticism, with some pundits speculating that Hillary Clinton’s loss was partially due to the proliferation of “fake news” articles on the platform that emanated from Russia. But Facebook co-founder and CEO Mark Zuckerberg said arguments that fake news influenced the outcome of the election was a “crazy idea.”

TIME reported in a May 2017 cover story that Russia had created a fake accounts on Facebook aimed to spread false stories and propaganda, and that agents in Moscow had bought ads as part of a propaganda effort, but a Facebook official said at the time that there was no evidence of the latter occurring.

Stamos said the company had reviewed “a range of activity” to discern what had happened in this instance, but he noted that the majority of ads purchased by these accounts didn’t specifically refer to the United States election, or any of the presidential candidates. Instead, he explained, the ads mainly focused on controversial issues.

“The ads and accounts appeared to focus on amplifying divisive social and political messages across the ideological spectrum — touching on topics from LGBT matters to race issues to immigration to gun rights,” he said. 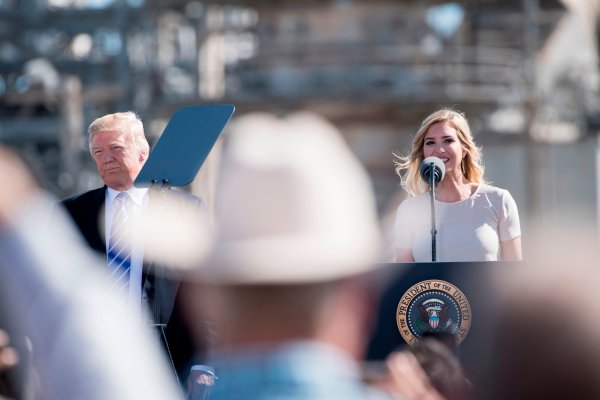 President Trump Says Ivanka Asked Him 'Daddy Can I Go With You?' to North Dakota
Next Up: Editor's Pick