The President and the First Lady will donate a collective $1 million of their own money to 12 different charitable organizations helping in the aftermath of Hurricane Harvey, the White House announced Wednesday.

Hurricane Harvey, which was subsequently downgraded to a tropical storm, made landfall on Aug. 25, ravaging Texas and Louisiana with record levels of flooding that left at least 70 people dead and thousands of homes destroyed.

The largest donations by the First Couple are to the Red Cross and the Salvation Army, each expected to receive $300,000, according to the White House. Samaritan’s Purse, an evangelical Christian organization that provides aid globally to those in need, will receive $100,000, as will Reach out America, a non-profit organization focused specifically on helping children.

Eight other organizations, including the ASPCA, Habitat for Humanity and the Houston Humane society, will receive a $25,000 donation.

It was unclear from the White House’s statement if the donations had already been made, or would be made shortly. A White House official did not immediately respond to request for comment.

President Trump and First Lady Melania Trump visited both Texas and Louisiana during the height of the flooding. The White House said the selection of these donations was partially determined by these visits as well as recommendations from the White House Press Corps. White House Press Secretary Sarah Huckabee Sanders had requested these recommendations from the press corps when she announced the President’s decision to donate $1 million on August 31. 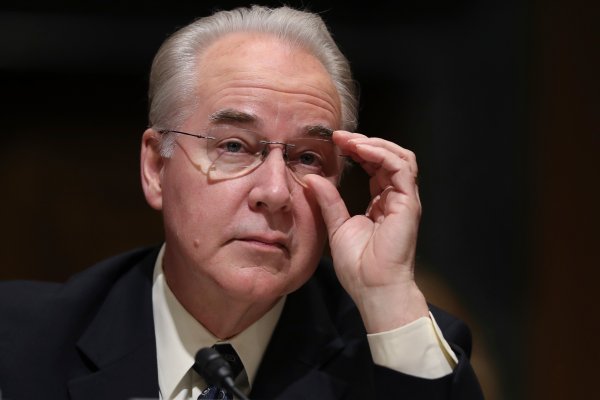 'It Really Was All Hands on Deck.' How Federal Health Officials Responded to Hurricane Harvey
Next Up: Editor's Pick