A veteran Indian journalist known for her outspoken criticism of Hindu nationalist politics has been shot dead in the southern city of Bangalore in Karnataka state.

Police who recovered the body of Gauri Lankesh, 55, on Tuesday night said she had been killed by unknown gunmen on a motorcycle, The Times of India reports. Her body was reportedly found lying in a pool of blood near the door of her house.

Lankesh was the editor of left-wing independent newspaper Lankesh Patrike, founded by her late father, a renowned poet-turned-journalist. She also started her own newspaper, the Gauri Lankesh Patrike.

Activists say journalists are being increasingly targeted by radical Hindu nationalists and her death is the latest in a string of assassinations targeting journalists and secularists critical of extreme Hindu nationalism and religious superstition in India. In 2015, scholar Malleshappa M. Kalburgi was shot dead at his home in Bangalore and earlier that same year politician and writer Govind Pansare was killed.

“The attack on the select writers is obviously happening because they are able to mould public opinion… there is a pattern in the way assailants come on motorbikes, kill, and vanish,” Karnataka-based writer K Marulasiddappa told the BBC. “There cannot be any personal reasons attributed to her death because she had no personal enemies. So, the possibility is only political.”

Karnataka state’s chief minister Siddaramaiah condemned the killing and promised a thorough investigation into the death of Lankesh, who he described on Twitter as a “progressive force.”

At the time of her death, Lankesh was on bail appealing the verdict of a defamation case that had resulted in a six month jail sentence for a story on local leaders of India’s ruling Bharatiya Janata Party.

[The Times of India, BBC] 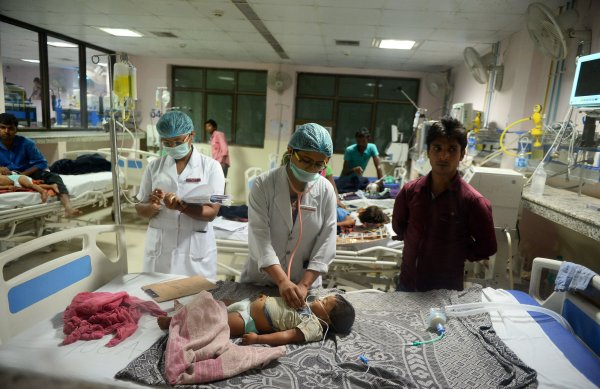