Four active duty members of the British Army have been arrested, under the country’s anti-terror laws, on alleged involvement in a banned neo-nazi group.

Along with a fifth person, a civilian, they are suspected of being members of National Action, the first far-right group to be banned in the U.K. for promoting violence and terrorist acts, reports BBC News.

Police said that no public safety threat was involved.

“We can confirm that a number of serving members of the Army have been arrested under the Terrorism Act for being associated with a proscribed far-right group,” a spokesperson for the British Army told the BBC.

One of the arrested soldiers was detained in a U.K. military base in Cyprus, reports the BBC, while the others were being held in a police station in West Midlands.

National Action is described by anti-terror officials as “explicitly neo-Nazi.” British Home Secretary Amber Rudd called it “a racist, anti-Semitic and homophobic organization” when she announced its ban last December.

Being members of a proscribed group, or merely inviting support for one, carries up to 10 years’ imprisonment in the U.K. if convicted, the BBC says. 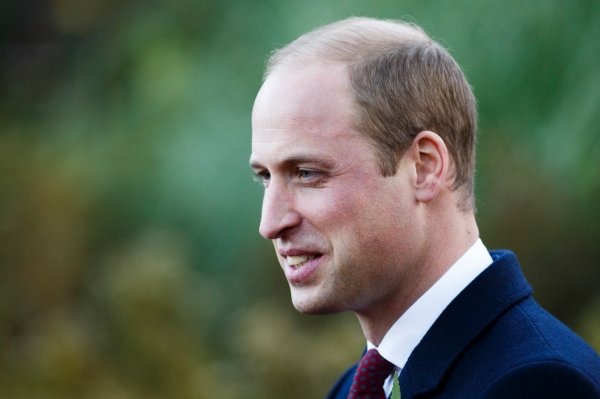 'Not Much Sleep.' Prince William on Kate's Pregnancy
Next Up: Editor's Pick