“While I disagreed with President Obama’s unilateral action on this issue, I believe that rescinding DACA at this time is an unacceptable reversal of the promises and opportunities that have been conferred to these individuals,” McCain said in a statement Tuesday. “The federal government has a responsibility to defend and secure our borders, but we must do so in a way that upholds all that is decent and exceptional about our nation.”

Attorney General Jeff Sessions announced on Tuesday that the administration had decided to phase out Deferred Action for Childhood Arrivals program, widely known as DACA. The program, which President Obama implemented as an executive action in 2012, enabled undocumented immigrants who came to the United States as minors with their parents, colloquially known as “Dreamers,” to apply for a two year renewable work permit. The program, which also protects them from deporation, benefited nearly 800,000 recipients.

In a written statement announcing his decision, Trump said his adminsitration would defer to Congress on a legislative solution. “Congress now has the opportunity to advance responsible immigration reform that puts American jobs and American security first,” he wrote.

Obama denounced Trump’s move in a Tuesday Facebook post, writing that he had implemented DACA through executive action because he had asked Congress to pass similar legislation, but they failed to do so. That legislation, also known as the DREAM Act, had bipartisan support, but was unable to pass both houses of Congress.

McCain said in his statement that his work on immigration reform, which he said he expects to be bipartisan, will include the DREAM Act. 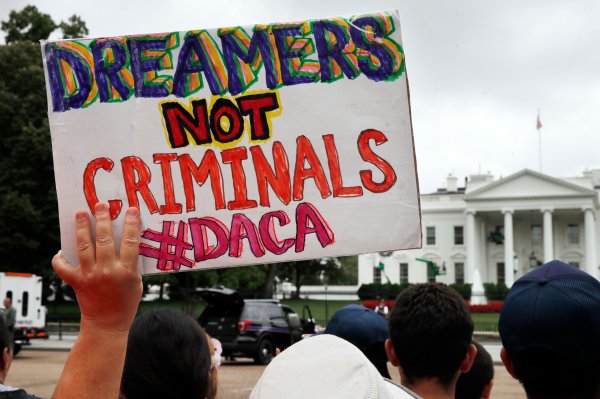 Ending DACA Is Unchristian
Next Up: Editor's Pick