Black Hercules. The Big Aristotle. Extra Tall-ems. Empire Strikes Shaq. Those are just a few of the nicknames that WWE wrestler and actor John Cena bestows upon his carpool pal and basketball legend Shaquille O’Neal within the first thirty seconds of an advance clip of Carpool Karaoke: The Series. The new episode starring the two famous athletes might not be heavy on music: Cena readily admits that he isn’t much of a singer. (Shaq tells him he’s no “Cena Turner.”) But it does feature plenty of back-and-forth between the two guys, who readily trade dad jokes and punny nicknames.

“The general perception was that you weren’t really that good at the free throw line,” Cena muses at one point.

But Cena wants to put Shaq’s free throw prowess to the test. “Of course. You’re John Cena, I’ll do whatever you like,” Shaq graciously acquiesces. With one caveat: “Loser has to do something humiliating.”

Unfortunately, we’ll have to wait to find out what, exactly, that loser ends up doing. The full episode airs Tuesday night on Apple Music, along with a second episode featuring Good Morning America host Michael Strahan and NASCAR racer Jeff Gordon. 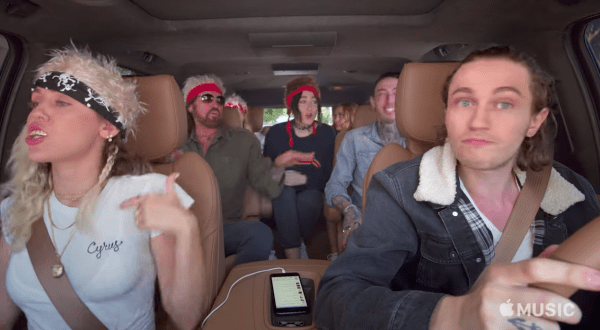