When you look at a film festival from the outside, its backbone appears to be a glittering spine of gala premieres and competition films, big-ticket events with red carpets leading up to them. But the true strength of any good festival, and certainly of one as intimate and amiable as Venice, which ends on Sept. 9, lies in the mix of smaller—or at least less flashy—films that find their way into the mix.

Sometimes these are the things you can’t really look forward to in advance because you barely have any idea what they are. Discovery is a process, not a goal, and sometimes the films you dread the most end up being films you’re happy to have seen. On the night Ai Weiwei’s Human Flow screened, nobody really wanted to go. The film is a loosely structured visual study, with Chinese artist-activist Ai himself as a guide, of the international refugee crisis.

If you follow the news closely and faithfully, Human Flow won’t tell you anything new. But “telling” isn’t the point. Ai’s camera treks through 23 countries, from the Greek island of Lesbos, a landing spot for so many Syrian refugees, to Bangladesh, where many of the persecuted Muslim Rohingya have arrived after being pushed out of Myanmar. He shows us the way previously unused airplane hangars in Berlin have been repurposed as multi-unit homes for hundreds of refugees. Ai isn’t looking for solutions, and though he dots his film with statistics, he’s far more likely to quote poetry. He’s aiming to help us grasp the scope of the tragedy worldwide, and his highly personal approach works.

The images he shows us are harrowing and recurring: We see lots of people walking, walking, walking, often with nothing but the clothes on their backs, and very often clutching small children. But every once in a while Ai himself will step before the camera, and his face brings some extra, temporary light. He’s an empathetic, calming presence, not a lecturing one, and he leads by example. If he can care this much, we can too.

The arrival of a new Fredrick Wiseman film isn’t exactly an earth-shattering event. Wiseman, who is 87, has made more than 40 documentaries in the years since his 1967 debut, Titicut Follies, a groundbreaking expose of the horrifying conditions at Massachusetts Correctional Institution Bridgewater. But Wiseman’s prolific output doesn’t make his latest, Ex Libris: New York Public Library, any less delightful. The New York Public Library system is something that even New Yorkers largely take for granted, but Wiseman’s camera—probing in its singularly curious but unobtrusive way—shows us a functioning organism that, in ways big and small, makes the lives of New Yorkers better.

Wiseman peeps in on a senior citizen dance group, on live on-stage interviews with the likes of Elvis Costello and Laurie Anderson, and on many, many staff meetings in which budget details, for example, are hammered out and worried over by the minute and the hour. Wiseman wants to know how the world works, and with his inquisitive eyes and ears, he serves as a guide for us, too. Boring meetings are a fact of life, but they can be acorns of sorts, from which mighty oaks may grow.

As film lovers get older, filmmakers only seem to get younger: There are always new ones coming along, many of them men (still), eager to communicate ideas and feelings that are important to them. It’s crucial to try to keep up, because you never know when extraordinary talent is going to emerge.

Yet sometimes it’s older filmmakers who can seem the most vital, not because they’re experimenting with flashy techniques, but because they know how to freshen classic ones in the service of things they want to say. In writer-director James Toback’s The Private Life of a Modern Woman, Sienna Miller—who has always been a terrific, subtly expressive actress and is only getting better—plays Vera Lockman, an out-of-work actress who’s trying her hand at being a writer, seemingly as a way to stave off despair and worthlessness. There’s been an accident—a tragedy that occurs right on her home turf, in her sleek, rich-girl Manhattan apartment—and she needs to work out a plan.

Her day is a multilayered to-do list. Her mother (Colleen Camp) comes over for dinner with her grandfather (a superb Charles Grodin), who’s suffering from Alzheimer’s—he asks the same questions over and over again, each quizzical loop a stanza of anguishing poetry. Carl Icahn shows up in the flesh, because—well, why not? There’s another thing: Vera must figure out how to dispose of a body.

In the ‘70s, Toback himself was one of those brash young filmmaking kids you had to keep an eye on. (His directorial debut was the scrappy 1978 crime drama Fingers, with Harvey Keitel.) Now, like most filmmakers of his generation, he’s having to find creative ways to make movies, because the old rules no longer apply, not even the rule-breaking 1970s rules. The Private Life of a Modern Woman is structured like a dream, or a nightmare, laid out the way you’d break down your day on an iPhone calendar: Vera has just has to get through it, and in the process her insecurities, her willingness to evade the truth, her submerged hopes become real to us—they cut like tiny glass slivers. In the most surreal scene, Toback himself shows up, playing a concerned friend or perhaps only just himself. He plunks in a chair and begins quizzing Vera, shrink-style: “Are you depressed?” “Do you feel you’re getting away with something?” “Do you ever feel like committing suicide?” She counters this asker of questions, this thief of thoughts, with cagey non-answers. To answer directly would be like staring into the sun.

Toback does a lot with a little. The picture is set mostly in that swank apartment, with a road trip up the Hudson as an interlude. It’s not wholly clear what he’s trying to say, but the movie captures the texture of what it’s like to have to think on your feet, even as the ground is slipping away from you. Vera’s very busy, very strange day, a day of confrontations, wily falsehoods and refusals, is a kind of memento mori. There’s so much to do before the end of the day. And still, no matter how hard you try, everything is just a loose end. 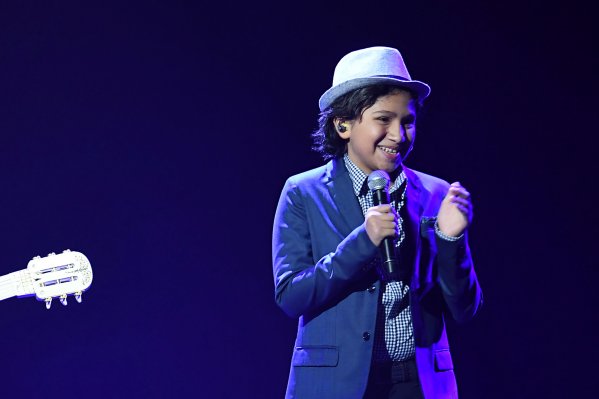 Pixar's Newest Star, Anthony Gonzalez, Can Do It All—And He's 12
Next Up: Editor's Pick