Getting Tested for Prostate Cancer May Be Worth It After All

Men trying to follow the advice on whether they should get screened for prostate cancer have long been confused, since guidelines and recommendations keep changing. Now, in the latest analysis of data published in the Annals of Internal Medicine, researchers conclude that testing does help save lives from the disease and is linked to as much as a 32% decrease in prostate cancer deaths, compared to men who aren’t screened.

But that doesn’t mean the debate is over.

For decades since the 1980s, doctors have recommended that men start to get an annual blood test that can detect possible signs of growing tumors: one for the prostate specific antigen (PSA). But PSA testing has always been tricky, since prostate cancers (unlike breast cancer tumors) tend to grow more slowly—so slowly, in fact, that most men are more likely to die of something else other than prostate cancer. That made treating prostate cancer detected by the blood test less black and white. It also led many men to get biopsies—a relatively safe procedure, but one that still carries potential complications like infections—and even treatment with surgery, radiation or other therapies to remove the tumors, despite the fact that they were slow-growing.

In the U.S., that led to a surge in what some doctors view as unnecessary medical treatments that put men at risk without providing them much benefit. (For most men, prostate cancer isn’t fatal.) So in 2012, the U.S. Preventive Services Task Force (USPSTF) issued a recommendation that most men ages 55 to 69—except for those who have a family history of the disease or are at high risk of developing the cancer—should not get PSA testing at all.

The task force based its conclusion on two large studies, one conducted in the U.S. and the other in Europe, which were published simultaneously in the New England Journal of Medicine—but had apparently opposite results. The U.S. study, the Prostate, Lung, Colorectal and Ovarian Cancer Screening Trial (PLCO), did not find any difference in deaths from prostate cancer among men 55 to 74 years who were screened with PSA and men who were not screened. The European Randomized Study of Screening for Prostate Cancer (ERSPC) which included men 55 to 69 years, however, found that PSA screening led to a 21% lower risk of dying from prostate cancer during the study follow-up compared to men who didn’t get screened. Given the uncertainty, and the risks of treating cancers that weren’t aggressive, the USPSTF decided there wasn’t convincing enough evidence to recommend PSA screening.

MORE: Fewer Men Are Getting Prostate Cancer Blood Tests, And That May Not Be a Good Thing

But in a new look at the same data from the two studies, published in the Annals of Internal Medicine, researchers, including some involved in both of the earlier trials, conclude that PSA does indeed help reduce death from the disease. The scientists report that the two studies used different methodologies and definitions, so comparing their results was like comparing apples and oranges. In the U.S. study, for example, many of the men in the so-called non-screened group had actually had PSA testing at least once, since the testing is so widespread in America. That meant they might have already had treatments related to their results as well. The PLCO study also screened men every year, while the ERSPC screened men every two to four years.

Another difference was that in the U.S. trial, doctors set a higher threshold of PSA levels for obtaining a biopsy, which could mean that men in the European trial were treated slightly sooner. That, in turn, could translate into a reduction in prostate-related deaths.

Once they accounted for the difference in intensity of screening, the researchers of the new study say that PSA testing results in a decrease in prostate cancer deaths of anywhere from 25% to 32%, compared to men who aren’t screened.

The results will likely play a role in any revised guidelines on prostate cancer screening. Already earlier this year, the USPSTF modified its recommendation against general PSA testing and advised men to make individual decisions on whether and how often to get the blood test after discussing their risk with their doctors.

There will also likely be more studies that focus on not just overall deaths from prostate cancer, as the U.S. and European studies did, but on the financial and health costs of screening that can lead to additional biopsies, testing and procedures.

The current results should give more men and their doctors confidence that PSA testing can detect cancers, and that doing so could prolong their lives. But that only happens if the treatment matches the cancer; while some prostate cancers are aggressive, most are not, and the proper treatment means ensuring that not every prostate cancer is treated with invasive surgery, toxic anti-cancer drugs and radiation if the disease doesn’t warrant such an approach. More men with a prostate cancer diagnosis are being asked by their doctors to simply monitor their disease without any active treatment, which may be the best approach for some.

“The controversy over PSA-based screening should no longer be whether it can do good,” wrote Andrew Vickers, from Memorial Sloan Kettering Cancer Center, in an editorial accompanying the study, “but whether we can change our behavior so that it does more good than harm.” 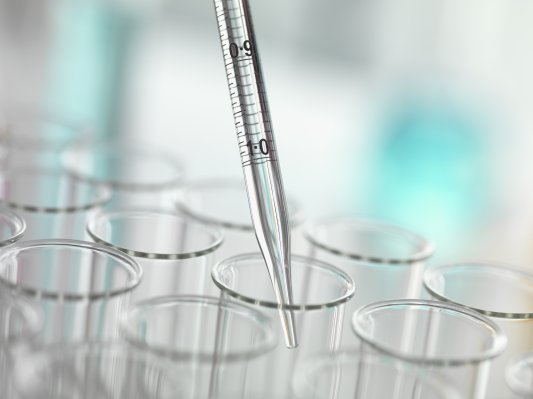