Alert Cersei Lanniester immediately, because her son’s killer has been spotted in Atlanta.

Thousands of cosplayers and pop culture aficionados flocked south this weekend to attend Dragon Con, where an 85-year-old woman in a wheelchair stole the show.

Dressed in full wardrobe and sitting on her own wheelchair Iron Throne, the world’s coolest grandma perfectly channeled fan favorite Olenna Tyrell, Dame Diana Rigg’s Emmy-nominated character. She even carried a sign that read, “It was me,” referencing Lady Tyrell’s dying confession to the murder of King Joffrey (Jack Gleeson).

Following her death by poison in season 7’s “The Queen’s Justice,” GoT co-showrunner D.B. Weiss declared, “She’s probably the only character to win her own death scene.” 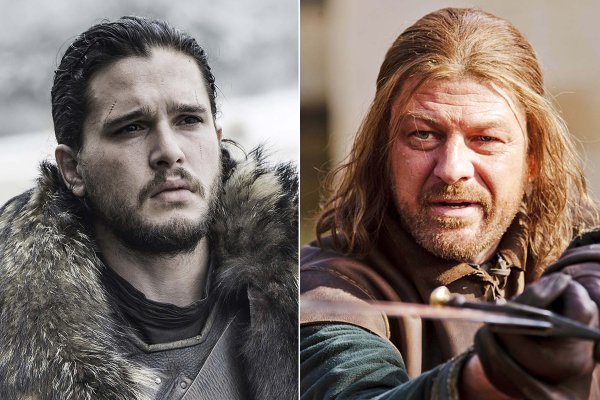 Even the Name 'Jon Snow' Might Have a Hidden Meaning on Game of Thrones
Next Up: Editor's Pick