Albanian Roman Catholic nun and founder of the Missionaries of Charity, Mother Teresa (1910 - 1997) at a hospice for the destitute and dying in Kolkata (Calcutta), India, 1969.
Terry Fincher—Getty Images
By Lily Rothman

When Mother Teresa died at age 87 on Sept. 5, 1997 — precisely 20 years ago this Tuesday — after a years-long period of ill health, the world was sorrowful but not shocked. And the event was, in many ways, overshadowed by the death, just a few days earlier, of Princess Diana. As TIME columnist Roger Rosenblatt noted, the two had actually been together just a few months earlier in New York City, and their meeting had highlighted the differences and similarities between two women whose lives had spoken to hearts around the world.

And yet, though Mother Teresa’s life and death were the quieter ones, he wrote, they were ultimately the more significant.

“To note that is not to compare them unfavorably, as they would not have thought of themselves as comparable,” Rosenblatt wrote. “They gravitated toward each other that day last June out of an intuitive love of the mystery of people. One is left with a similar affection for them, whom we knew on the way.”

As the magazine explained in its obituary, such a life was not a foregone conclusion for Mother Teresa:

In a particularly poignant letter to the editor, however, one reader objected to the article’s description of her cause of death: “Let it not be said that Mother Teresa died of heart failure,” he wrote. “It is far more accurate to say she had at long last given all her heart away.” 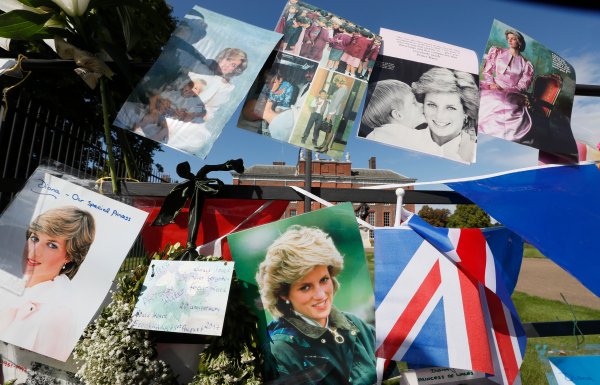 Why Princess Diana Conspiracies Refuse to Die
Next Up: Editor's Pick