'There's Not Much Sleep.' Prince William Speaks Publicly About Kate's Pregnancy For the First Time

Speaking to dignitaries at a policing and mental health conference in Oxford, England, William said that the royal baby — his third child — was “very good news.” He added that the couple had been able to “start celebrating this week” after “it was a bit anxious to start with.” He also admitted that “there’s not much sleep going on at the moment.”

As part of the announcement on Monday, the palace revealed that Middleton is once again being treated for Hyperemesis Gravidarum, a severe form of morning sickness, which sent her to the hospital during her first pregnancy and recurred during her second pregnancy as well.

Prince William’s younger brother, Harry, has shared his excitement at the prospect of being an uncle for the third time shortly after the announcement on Monday. “[I’m] very, very happy for them,” he told reporters in Manchester, England, at an event where he met victims of the terrorist attack at an Ariana Grande concert in May. He also said the news was “fantastic, great.”

In response to a question about Middleton’s morning sickness, Harry said he believed his sister-in-law was coping with the Hyperemesis Gravidarum. “I haven’t seen her for a while but I think I she’s okay,” he said. 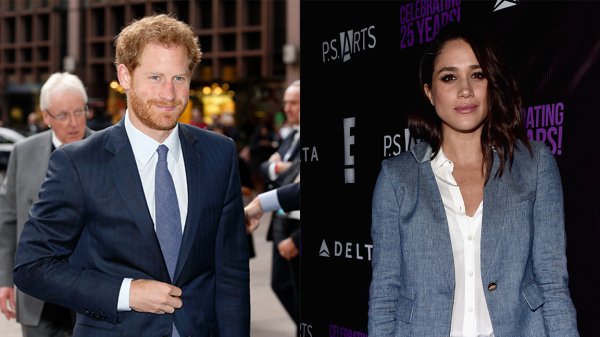 'We're in Love.' Meghan Markle Opens Up for the First Time About Relationship With Prince Harry
Next Up: Editor's Pick