Trophy Is a Striking Look at Big Game Hunting and Conservation

Late last month in South Africa, the world’s largest private rhinoceros breeder put 264 rhino horns up for auction. The horns, which weighed about 500 kg (1,100 lbs.), could have fetched anywhere from $12 million to $30 million on the black-market in Asia where they are believed, against any evidence, to possess medical qualities. Instead, rhino rancher John Hume successfully sued the government of South Africa for the right to sell his horns domestically, enraging conservationists who argued that the online sale would only encourage poaching of the threatened animals.

The auction yielded fewer bidders and fewer sales than the organizers anticipated. But to Hume, who has fought for the right to sell his horns ever since the domestic trade was banned in 2009, it was nonetheless a success. He is hoping to eventually overturn the 40-year-old global ban on the sale of rhino horn, because, he says, farming the animals and selling their horns for profit is the only way to save the rhinos from extinction.

“Give me one animal that has gone extinct while farmers were breeding it and making money out of it,” Hume tells filmmaker Shaul Schwarz in his thought-provoking new documentary, Trophy (out Sept. 8). “I truly believe that I have the recipe to save the rhino from extinction. Sell the horns and keep the rhinos alive. And breed more and more.”

But if the only way to save a wild animal is to farm it, is it still wild?

Philip Glass, an American hunter from St. Angelo Texas, pets the mane of the lion he hunted in Zimbabwe, in April 2016.
Reel Peak Films

With extraordinary cinematography and an aversion to easy answers, Schwarz and co-director Christina Clusiau dive headlong into the complicated relationship between big-game hunters, wildlife conservationists and the exotic animal farmers who feed the world’s ever-growing appetite for trophy breeds and endangered animal parts.

But this is no simple tale of bad hunter vs. innocent wild animal. Africa’s hunting safari industry is based on the premise that by selling the rights to hunt and kill big ticket animals like lions, elephants, buffalos and even rhinos at a premium, wildlife reserves can earn enough income to stay profitable, ensuring the preservation of the wilderness where those animals live, enabling the next generation to thrive without fear of poaching or loss of habitat. But when demand outstrips supply, specialized breeders step in, essentially turning wild animals, like Hume’s rhinos, into livestock.

In this thought-provoking examination of an industry that promises to prevent the extinction of a species by allowing some of its members to be killed, and to preserve wilderness by farming it, Schwarz (who is also a TIME Contributor and directed TIME’s A Year in Space series, along with several other short films) takes his audience on an extraordinary journey through Zimbabwe’s lion-infested jungles, Botswana’s rich wildlife preserves, the South African savannah where Hume’s rhinos roam, and the grim enclosures of for-profit lion and crocodile breeding facilities. With a stop at the world’s largest hunter’s convention in Las Vegas, Schwarz examines the conundrum at the root of modern conservation: is it better to preserve a species through controlled hunting and selective breeding, or to preserve wildness itself? 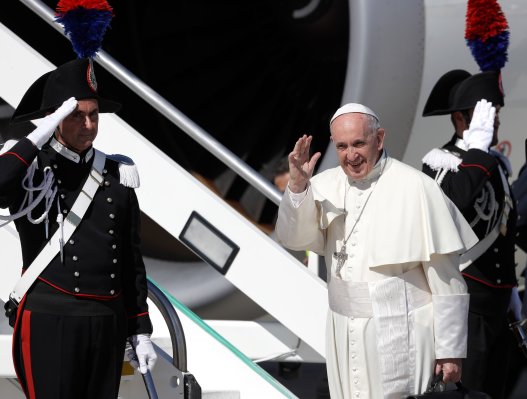