Louise Linton, the wife of Treasury Secretary Steven Mnuchin, has spoken out for the first time since she came under fire for an Instagram post flaunting her wealth in August.

“It was scary and surreal but it forced me to take a deep look at what I had done,” she told Washington Life, a magazine that details the life of the wealthy and powerful in Washington, D.C., in an interview. “I don’t feel like a victim. I feel like the world gave me a good, hard wake-up call and I’m OK with that.”

In a post of an image of her and her husband descending from a military jet after a trip to Kentucky, Linton wore an outfit worth up to $4,600 and used hashtags to describe the brands. A woman, identified by the New York Times as 45-year-old Jenni Miller, a mother of three, commented on the post, calling Linton “#deplorable.” The actress then wrote a lengthy response, calling Miller “adorably out of touch” and appearing to shame her for her “cute” life.

Linton issued an apology through her publicist after the incident made headlines and has since made her Instagram account private.

“I want to say I concede completely to the comments of my critics,” she told Washington Life.”My post itself and the following response were indefensible. Period.”

The interview appeared in the annual “Balls and Galas” issue of the publication, and featured a spread of Linton posing in ball gowns. “I see the irony of making an apology in a ball gown,” Linton said, clarifying that she really is “a no makeup girl” who is more comfortable in leggings and a sweatshirt.

But Linton, who grew up in her family’s castle in Scotland, made clear she has learned from the incident.

“I don’t have any excuses, nor do I feel any self-pity for the backlash I experience,” Linton said. “I sincerely take ownership of my mistake. It’s clear that I was the one who was truly out of touch and my response was reactionary and condescending.” 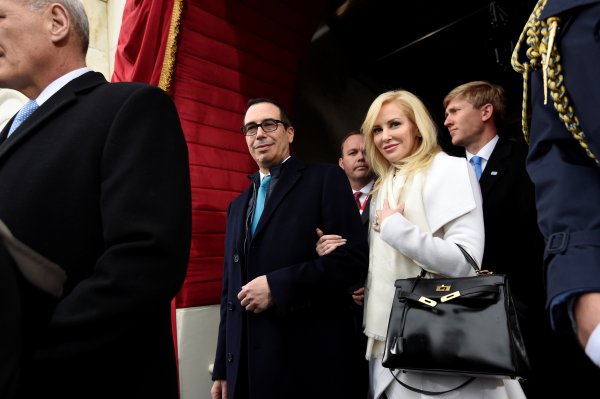 Mom Who Criticized Louise Linton: She Doesn't Know 'What Everyday Americans Deal With'
Next Up: Editor's Pick