'We're in Love.' Meghan Markle Opens Up for the First Time About Relationship With Prince Harry

Meghan Markle has opened up about her widely-speculated-upon relationship with Prince Harry for the first time, in a candid Vanity Fair interview during which she referred to the British royal repeatedly as “my boyfriend.”

The Suits star, who attended her first public event with Harry at the Coworth Park Polo Club in Ascot, England, in May, told the magazine that she met the prince for the first time in July 2016. “We’re a couple,” she said of their relationship. “We’re in love. I’m sure there will be a time when we will have to come forward and present ourselves and have stories to tell, but I hope what people will understand is that this is our time. This is for us.”

While Markle did not specifically comment on the official statement written by Harry’s communications secretary last year, which called out the “sexism and racism of social-media trolls” who had subjected her to a “wave of abuse and harassment,” she explained that their high-profile relationship “has its challenges,” with some days that “feel more challenging than others.”

The 36-year-old added that she is grateful for the support system around her, which includes “[her] boyfriend’s support.” Markle also admitted that she avoids reading about herself in the news. “I don’t read any press,” she said. “I haven’t even read press for Suits. The people who are close to me anchor me in knowing who I am. The rest is noise.”

Kensington Palace revealed earlier this week that Harry is to be an uncle for a third time — as Kate Middleton is expecting another baby. The younger prince said Monday at an event in Manchester, U.K., where he met with victims of the May bombing at an Ariana Grande concert, that the news of a third royal baby was “fantastic [and] great.” He added that he was “very, very happy for them.” 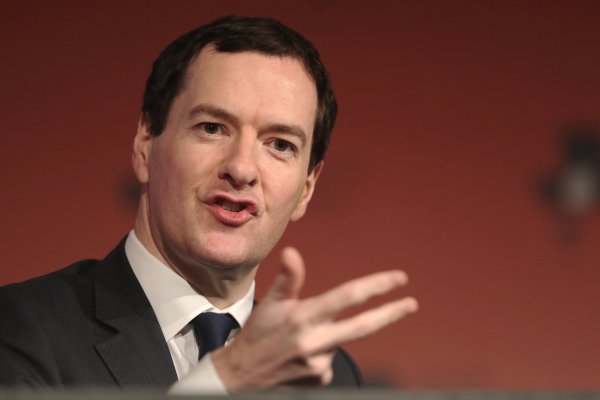 George Osborne on Theresa May, a Soft Brexit and Trump Visit
Next Up: Editor's Pick