Police in Uruguay have arrested one of Italy’s most wanted fugitives — the so-called “cocaine king of Milan”— who had been hiding out in the South American country for more than a decade.

Rocco Morabito, a boss of the Calabria-based Ndrangheta crime group, which controls much of the world’s cocaine trade, had been on the run for 23 years in total, the Guardian reports. He is subject to a 30-year prison sentence in Italy after attempting to smuggle almost a tonne of cocaine into the country from Brazil in the 1990s.

Morabito’s arrest at a luxury Montevideo hotel on Monday follows a six-month investigation by Uruguayan police, who were reportedly alerted to his presence when he registered his daughter at a local school using his real name instead of an alias.

Italian and Uruguayan authorities cited by the Guardian said that Morabito, 50, had long been living in Uruguay’s southern coastal resort of Punta del Esta under an assumed identity. He is thought to have arrived in Uruguay in 2002.

Morabito was one of the Italian interior ministry’s top five most wanted organized crime bosses on a list that also includes Sicilian mafia boss Matteo Messina Denaro. His lawyer reportedly told Italian media that the mafia boss had quit crime since arriving in Uruguay and been leading “a normal life.” 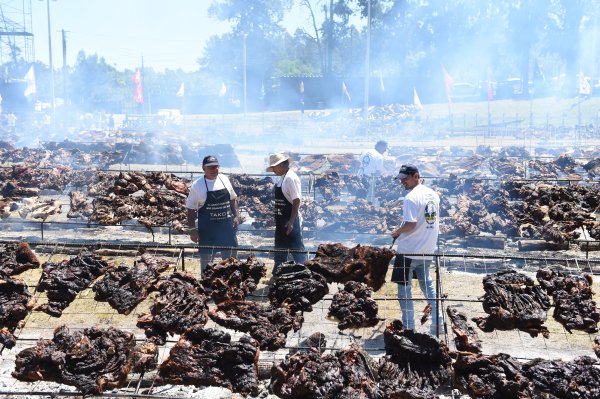