Princess Mako, the eldest grandchild of Japan’s Emperor Akihito, officially confirmed Sunday that she will give up her royal status and marry for love.

The princess formally announced her engagement to Kei Komuro, a 25-year-old graduate student who is currently working at a law firm, during a press conference in Tokyo, the Japan Times reports.

Under Japanese law, female members of the Imperial family must relinquish their royal status if they marry a commoner. “I was aware since my childhood that I’ll leave a royal status once I marry,” Princess Mako, also 25, told reporters. “While I worked to help the emperor and fulfil duties as a royal family member as much as I can, I’ve been cherishing my own life.”

Komuro told reporters that he proposed in December 2013, though reports that they were planning to announce their engagement first surfaced in May. The couple met as students in 2012 at Tokyo’s International Christian University.

“I was first attracted to his bright smiles that seemed like the sun,” the princess said. “It would be nice to have a warm and comfortable household with Mr. Komuro, so that we can make a family full of smiles.”

Komuro described Princess Mako as someone who “has been quietly watching over me like the moon,” and said he wanted to “build a relaxed and peaceful household.”

Emperor Akihito officially approved their engagement in a ceremony on Sunday, kicking off a lengthy engagement process before the wedding can take place, probably in 2018.

The 83-year-old emperor has expressed a willingness to abdicate the Chrysanthem throne and could reportedly do so in December 2018. In June, Japan’s parliament has passed historic legislation that allows Akihito to step down. His eldest son Crown Prince Naruhito would assume the throne. 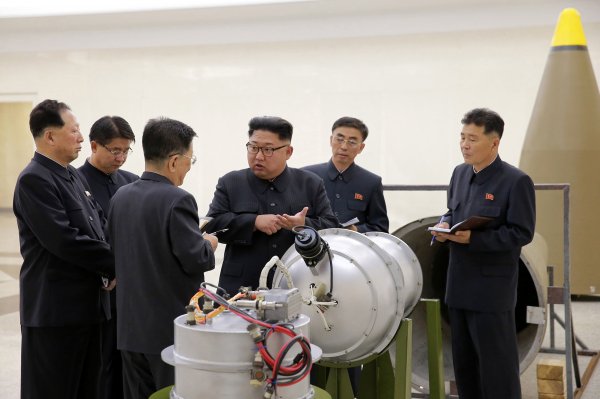