James Mattis to North Korea: Any Threat Will Be Met With 'Massive Military Response'

Defense Secretary James Mattis said the United States will prepare for all military options following North Korea’s claim that the country had successfully detonated a hydrogen bomb during its sixth missile test.

“Any threat to the United States or its territories, including Guam or our allies will be met with a massive military response — a response both effective and overwhelming,” Mattis said outside the White House Sunday, flanked by Joint Chiefs Chairman Gen. Joseph Dunford. The Secretary’s remarks were made immediately following a meeting with President Donald Trump about North Korea.

Mattis did not respond to questions from reporters about the inevitability of an escalating military conflict.

North Korea’s sixth nuclear test triggered a 5.7 magnitude tremor in the northeast part of the country, which the state later said was the detonation of a hydrogen bomb. Although North Korea has made these claims before, this explosion was thought to be ten times larger than the last test.

Mattis’ remarks follow an announcement from United Nations Ambassador Nikki Haley that the U.S., South Korea, France, and the United Kingdom were convening an emergency meeting of the Security Council to discuss North Korea on Labor Day. Mattis said North Korea should listen to the U.N. Security Council.

“All members unanimously agreed on the threat North Korea poses and they remain unanimous on their commitment to the de-nuclearization of the Korean Peninsula,” Mattis said. “Because we are not looking to the total annihilation of a country, namely North Korea. As I said, we have many options to do so.” 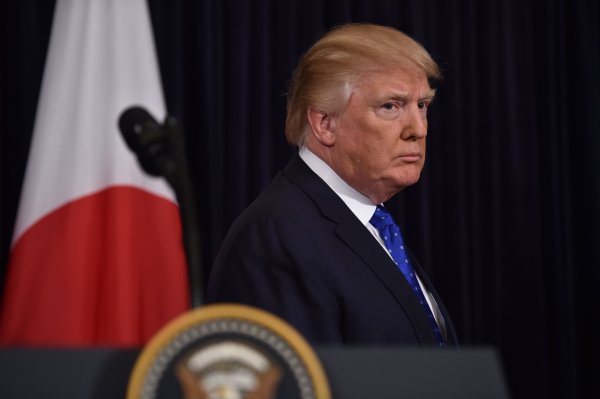