Taylor Swift's New Song 'Ready For It' Has Arrived

Teased during Saturday’s Florida State vs. Alabama college football game on ESPN, Taylor Swift’s “Ready For It” has officially arrived in full.

Styled as “…Ready for It?” on her new album, Reputation, the song is the record’s lead-off track and focuses on the beginnings of a romantic relationship (and the reputations and baggage that come before).

Sings an aggressive Swift in the song’s opening verse, “Knew he was a killer/ First time that I saw him/ Wondered how many girls/ he had loved and left haunted/ But if he’s a ghost then/ I can be a phantom/ Holding him for ransom/ Some, some boys are trying too hard/ He don’t try at all, though/ Younger than my exes/ But he act like such a man, so/ I see nothing better/ I keep him forever/ Like a vendetta…”

Later, she flips the narrative to sing about her own reputation and falling in love again (and even references Richard Burton and Elizabeth Taylor’s legendary relationship). “Knew I was a robber/ First time that he saw me/ Stealing hearts and running off and never saying ‘sorry’/ But if I’m a thief then/ He can join the heist and/ We’ll move to an island/ and, and, he can be my jailer/ Burton to this Taylor/ Every love I’ve known in comparison is a failure/ I forget their names now/ I’m so very tame now/ never be the same now…”

In the middle of the night
In my dreams
I know I’m gonna be with you
So I take my time
…are you ready for it?

As with “Look What You Made Me Do,” Swift’s lead single off Reputation, “…Ready for It?” is available on iTunes (as part of a preorder for the record, out Nov. 10), Spotify, YouTube, and other streaming platforms. 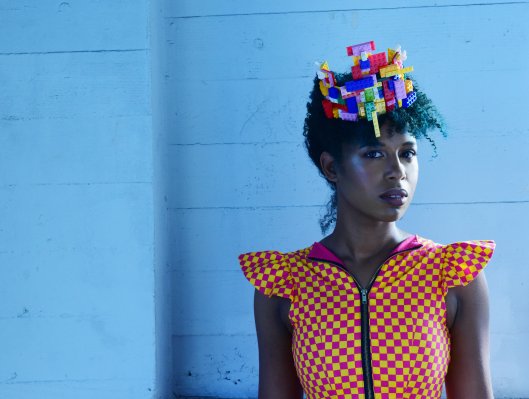 Listen to the Quirky Pop of DeQn Sue on New Song "Shook Up"
Next Up: Editor's Pick