Review: Samsung's Galaxy Note 8 Is a Superb Smartphone That Feels Too Familiar

The good: Beautiful screen, long battery life, helpful iris scanner for unlocking the phone, better multitasking
The bad: Live Focus camera isn’t as good as Apple’s Portrait Mode, facial recognition is unreliable, not significantly different than Galaxy S8 and S8+ though more expensive
Who should buy: Android fans that really care about having a stylus and two cameras should opt for the Note 8, but the Galaxy S8+ offers similar features at a lower price.

Each year near summer’s close Samsung releases a new top-of-the-line Android-powered Galaxy Note phone. It’s typically a showcase for the best the industry has to offer, like bold new screens, longer battery life, a superb camera and apps designed to tout these touch-ups. Then, like clockwork, Apple follows with a new iPhone that matches or surpasses Samsung’s Note in key areas.

2017 is shaping up to be no different. With its massive edge-to-edge screen, facial recognition system and dual camera, Samsung’s $929 Galaxy Note 8 — out September 15 and the first new Note since last year’s ill-fated Note 7 — is a shot across Apple’s bow as anticipation soars for Cupertino’s 10th anniversary iPhone. Innovations in mobile design have slowed in recent years, with firms tweaking features instead of radically rethinking them. The Note 8 sprints ahead with refinements that show us where these devices are going.

If the Note 8 looks familiar, it should: it’s nearly identical to the Galaxy S8+ Android phone Samsung released in April. The Note 8 has a wider body and sharper corners, but the phones are otherwise almost impossible to tell apart. That’s a departure from form. While the Galaxy S and Note families have gradually converged, the Note’s larger screens have made it the go-to mobile for fans of phablets: devices that straddle the ergonomic turf between a phone and tablet.

But large screens are increasingly common. Case in point, the Note 8’s 6.3-inch display is a negligible 0.1 inches larger than the Galaxy S8+’s. That being said, the Note 8’s sharp OLED (organic light emitting diode) screen is just as impressive as the one found on Samsung’s S8 and S8+. The display looks magnificent against the phone’s barely-there black bezels, giving it a slicker look than the iPhone 7 Plus as well as Google’s Pixel. Better yet, the Note 8 manages this gorgeous look while folding in water resistance, a 3.5mm headphone jack and support for microSD card storage.

Among the most noticeable differences between the Note 8 and S8+ is its included S Pen stylus, which can be used for tasks like scribbling down notes, translating text and marking up screenshots. The Note 8’s S Pen feels as smooth and accurate as ever, and I found it most useful for jotting down to-do lists, then pinning them to my home screen.

The phone’s software has evolved to better suit the Note 8’s form, too. You still have the same always-on display and edge side panel found on previous phones, but Samsung has done more to boost the Note 8’s productivity tricks. Instead of having to open and split two apps across the screen manually, for example, you can pin two apps such that they open simultaneously with a tap. Apple is adding similar functionality to its iPad with its iOS 11 update due this fall, but points to Samsung for making it possible first.

How many ways do you need to unlock a smartphone? The Note 8 offers four: facial recognition, iris scanning, fingerprint detection, or typing in a password. Samsung already offers these features in the S8, so the Note 8 is effectively playing catchup. I had some consistency issues with the phone’s facial recognition: when it unlocked the phone immediately, it felt magical, but sometimes it would say there was no face detected. Whether that’s down to sensor issues with variable lighting or facial obstructions like all the different possible permutations of glasses, it’s still frustrating when it fails.

The Note 8’s iris scanner by contrast was far more reliable in my experience. It was able to detect my irises almost every time, wearing glasses or no (although it does take a bit longer with glasses). And even with facial recognition’s quirks, I prefer both it and iris scanning to the Note 8’s fingerprint scanner, which is inconveniently placed near the camera, making it awkward to reach.

But the Note 8’s crown jewel, and the one that distinguishes it from the Galaxy S8+, is its new camera. The phone comes with a dual camera setup that includes a wide angle and telephoto lens, each with 12-megapixel sensors and optical image stabilization. Samsung makes use of the Note’s new double camera by adding a Live Focus shooting mode, which is essentially the company’s answer to Apple’s Portrait Mode. With Live Focus enabled, you can make a subject appear sharper against a blurred background, giving pictures a cool cinematographic depth of field effect. It’s even possible to edit the level of blurriness before or after snapping a picture, a noteworthy step up from Apple’s iPhone 7 Plus, which offers no such customization options.

In practice, the Note 8 and Apple’s iPhone 7 Plus are capable of taking lovely outdoor photos in bright sunlight. But the Note 8 struggles with certain indoor lighting conditions in Live Focus mode. In one instance, a yellowish haze appeared in the upper right corner of a photo I took in our office. In another shot taken in my apartment, my subject looked slightly washed out. The Phone 7 Plus also does a better job blending the subject into backgrounds when shooting in Portrait Mode, compared with Samsung’s Live Focus mode. Take a look at the comparison shots below.

In the shots above, both the Note 8 and iPhone 7 Plus were able to freeze a tree branch swaying in the wind and slightly blur the background to make it pop. While I was able to obscure the backdrop a bit more using the Note 8’s slider, I preferred the iPhone 7 Plus’ overall photo since the leaves’ green shade looked bolder and more vibrant than those in Samsung’s photo.

The case is similar in the shots above: The Note 8’s photo is good, but the iPhone 7 Plus’ looks a bit bolder. I did prefer the Note 8’s photo over the Pixel’s, however, since it did a better job at making the flower’s purple hue look more colorful.

Separately, the Note 8 works just fine in low light conditions, offering shots that are bright enough while preserving detail. In my tests, it just barely outperformed the Google Pixel, but wasn’t quite as bright and sharp as the iPhone 7 Plus’ image. Samsung previously led in this category, offering photos with deeper colors and clearer details in dim situations than its competition. The camera on Samsung’s Note 8 is still great, it’s just that rivals like Apple and Google have caught up.

Like the S8 and S8+, the Note 8 comes with Samsung’s new Bixby virtual assistant — a voice assistant designed to improve handsfree navigation. Swipe right from the main view and Bixby has its own screen where you can check stuff like the news, nearby places of interest, recently captured photos and the weather. As a voice assistant, Bixby works best when summoned to carry out tasks within apps. You can ask it to multiply numbers using the calculator app, for instance, or pull up photos from the gallery, just as with Siri or Google’s Assistant. But both Apple and Google’s virtual helpers have a better handle on context, answering questions like “Where should I go for lunch?” with suggested restaurants in the area, not just a list of search results.

Like other virtual assistances, Bixby gets to know you better the more you use it. Since I’ve been using Siri and the Google Assistant longer than Bixby, they may be more accurate because they better “know” what I want from use. Either way, Bixby’s potential seems to be more as a multitasking time-saver, since Samsung focused on making it a faster means of navigating your phone, not an all-encompassing virtual butler. This all hinges on third-party app compatibility, of course, which remains a work-in-progress.

The Galaxy Note family has long been acclaimed for its stellar battery life, and the Note 8 is no different. After 14 hours of moderate usage and a single night left on (but unused), the phone still had 19% charge. For moderate users, that’s plenty to get through a day and a half, though competitor’s are nipping at Samsung’s heels — in my experience Essential’s new Android phone lasted for about the same amount of time. Regardless, you won’t be left scrambling for an outlet with the Note 8.

With its dazzling screen, long battery life and useful productivity features, Samsung’s Note 8 is a top notch smartphone. But it’s expensive, especially when the Galaxy S8+ has most of the same features but costs roughly $100 less. There just isn’t much that separates the Note from the flagship smartphones Samsung unveiled earlier this year. Between the Note 8 and the latest rumors surrounding Apple’s next iPhone, one thing seems clear: our smartphones are going to get smarter, bigger and harbor new sensors designed to streamline everyday tasks. And whatever happens when Apple’s next iPhone arrives in the coming weeks, the Note 8 offers a glimpse of that future right now. 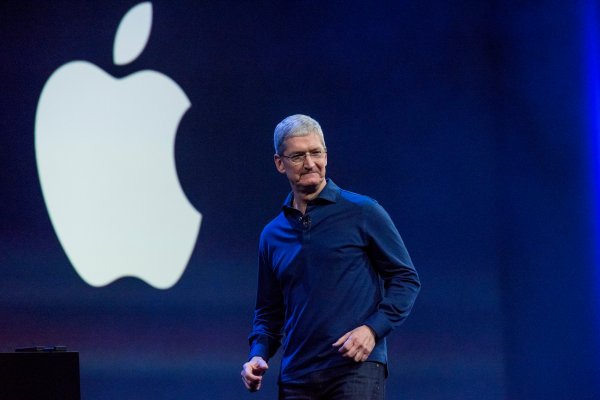 Here's When Apple Is Expected to Announce the iPhone 8
Next Up: Editor's Pick