Roger Federer of Switzerland celebrates defeating Mikhail Youzhny of Russia during their second round Men's Singles match on Day Four of the 2017 US Open at the USTA Billie Jean King National Tennis Center.
Matthew Stockman—Getty Images
By Raisa Bruner

At first glance, noted tennis champ Roger Federer and Hamilton writer and star Lin-Manuel Miranda don’t seem to have too much in common.

But after Miranda shared a tweet about his nail-biting experience watching the decorated Swiss athlete during Thursday’s U.S. Open match against Russia’s Mikhail Youzhny, it became clear that the two celebrities are, at the very least, mutual fans.

“Just stressed, watching Federer,” Miranda tweeted with a picture of himself looking, indeed, stressed during the tense match between the top-seeded player and his opponent. Federer’s response? “Just you wait… Just you wait.” Hamilton fans will recognize that as a line from the musical, as rapped by the character Alexander Hamilton during the opening number when he’s establishing his upstart character — and setting the stage for his subsequent rise to power. Clearly, Federer has made time to check out Miranda’s show.

It was an apt choice of lyric, too: Federer, who’s chasing down a third Grand Slam title in one year, went on to win the match, as he’s done so many times before. (Federer might also have had an easier time because Youzhny was beset with serious cramping, making his play suffer.)

Miranda’s response? An updated photo wish some choice emojis placed on top of his (and his child’s) faces.

The stress isn’t over, though. Federer next faces Spain’s Feliciano López on Saturday, Sept. 2. 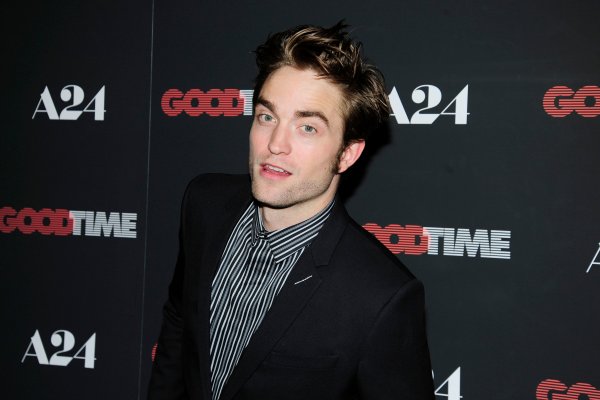 Robert Pattinson Reveals That Screech From Saved By the Bell Was Once His Roommate
Next Up: Editor's Pick