Resisting The Urge to Yawn Will Only Make It Worse

You’ve probably experienced the phenomenon yourself — you see someone yawn, and all of a sudden you’re yawning too. It turns out scientists even have a name for that — contagious yawning, and it happens for around for 60% to 70% of people. But a new study takes the yawn research one step further, suggesting that trying to stifle those involuntary stretches only makes the urge to yawn even stronger.

The study, published in Current Biology provides more detail on why some people are more likely to yawn when others around them do the same. Previous studies found that it has little to do with expressing empathy or the desire to share in others’ behavior. The new report suggests that the urge to mimic other people’s yawns is deeply tied to brain activity levels in people, and that the urge is nearly impossible to ignore or resist.

The new study involved 36 adult volunteers. First, scientists magnetically stimulated their brains to measure how active nerves were in specific regions of the brain. They focused on the motor cortex, since it’s involved in planning and movement.

These measurements helped the researchers quantify how “excitable” each person’s motor cortex was, which they hypothesized would predict his or her propensity for contagious yawning.

Then they showed the participants video clips of people yawning. Half were instructed to resist yawning, and half were told they could yawn at will. The researchers videotaped their reactions, and counted the number and types of yawns they performed.

The scientists found that those who were instructed not to yawn did end up committing fewer full-out, wide-open-mouth yawns. But the scientists counted more stifled (yet still noticeable) yawns in this group, and the participants reported stronger urges to yawn than the group that was allowed to do so.

They also found that a person’s likelihood of “catching” yawns from other people was directly associated with how excitable his or her motor cortex was. “Some of us have very excitable motor networks and are very susceptible to contagious yawning, while others are much less so,” says the study’s lead author Stephen Jackson, professor of cognitive neuroscience at the University of Nottingham.

In a separate experiment, the researchers tested this idea and found that mild electrical brain stimulation increased excitability to the motor cortex. That in turn boosted people’s propensity for contagious yawning. This ability to alter excitability—and with it, the strength of such urges—may be important for understanding other neurological conditions, say the researchers. Contagious yawning is a form of echophenomena, the automatic imitation of a person’s words or actions—a characteristic also seen in conditions such as epilepsy, dementia, autism, and Tourette syndrome.

Understanding what makes us yawn, and what triggers the urge to do so, may also help doctors better understand these types of neurological and psychiatric conditions. If they could reduce excitability in patients with Tourette’s syndrome, for example, they may be able to reduce the frequency of involuntary movements or outbursts, known as tics.

“Studying contagious yawning helps us to understand the brain mechanisms that give rise to tics,” says Jackson. “If we can understand how alterations in cortical excitability give rise to neural disorders, we can potentially reverse them.” 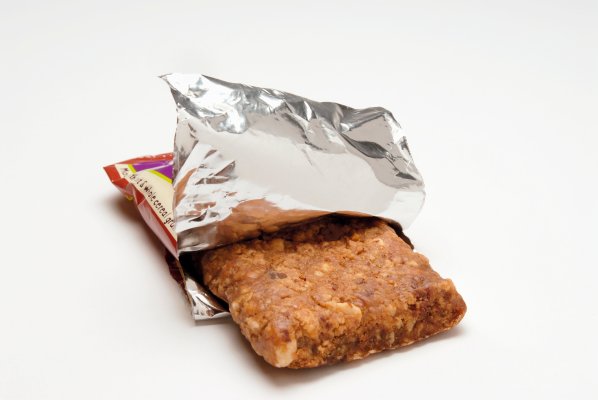 5 of the Healthiest Granola Bars, According to Nutrition Experts
Next Up: Editor's Pick