Why Houston Will Never Be Able to Stop Flooding for Good

The scale of Hurricane Harvey is unprecedented in U.S. history: more than 50 inches of rain falling in less than a week inundating a city of more than 2 million people.

As Houston begins to recover from the torrential storm that inundated the city’s streets, local leaders will need to grapple with the reality that Hurricane Harvey will not be the last devastating flood to strike the city. The problem is rooted in Houston’s geography, and the challenge facing Houston if city officials want to protect against long-term flood risk would test even the savviest urban planners armed with unlimited resources.

The chief issue is that Houston rose in a flat low-lying area with limited natural drainage. Because the land is flat, most storm water collects rather than flowing away from the city, leaving the lowest points vulnerable to flooding. The low elevation not far from Texas’ coast also means that storm surge — which occurs when storm winds push ocean water ashore — can easily inundate the city.

Read More: Why We Won’t Be Ready for the Next Hurricane Harvey Either

The geology beneath the Earth’s surface also creates problems for the city’s developers. Houston is located largely on clay that does not absorb water easily. The region houses wetlands that can absorb some excess water, but human development has destroyed much of it, including some 38,000 acres in the region in the past two decades alone, according to a Houston Chronicle report.

All those issues leave the city in a difficult rebuilding situation, where rebuilding the same way in the same places means accepting that flooding will likely happen again. “The best they’re going to be able to do is to learn to live with flood risk and reduce it somewhat,” says Chad Berginnis, executive director at the Association of State Floodplain Managers “There probably aren’t enough resources or engineering or technology to solve the flooding problem in Houston 100%.”

Some of the potential flooding solutions are efficient investments that will pay clear dividends in the long run. In many communities, that includes elevating buildings, mapping flood plains and instituting stricter zoning restrictions. Other programs that could have a broader effect— think sea walls in Amsterdam or pumps in Miami Beach — come at a staggering cost, but that scale of initiative is what Houston would need to protect more fully against flooding. In Houston, such an initiative would likely also mean undoing some of the development in some of the most vulnerable places.

“The scale of it is absolutely tremendous,” says Jason Evans, a professor of environmental science and studies at Stetson University. “I don’t know how many billions it would cost but I feel confident to say it would be billions, multiple billions.”

And, even then, planners may struggle to predict with precision how the flooding challenge will evolve in the coming decades, meaning those investments could end up being ineffective in some of the most dire scenarios. At the heart of that uncertainty is the unknown toll of man-made climate change on the severity of storms. Climate scientists say there is a direct link between higher precipitation levels and warmer temperatures and that cities should therefore prepare for bigger storms in coming years. But, at the same time, scientists cannot say exactly how much worse storms will be or how much sea levels will rise.

“You can imagine a situation where you’re just trying to build things higher and higher and higher,” says Kristina Dahl, a climate scientist who runs Dahl Scientific, a consulting group that works on climate change. “We need to focus on whether these are sustainable places to live in the first place.” 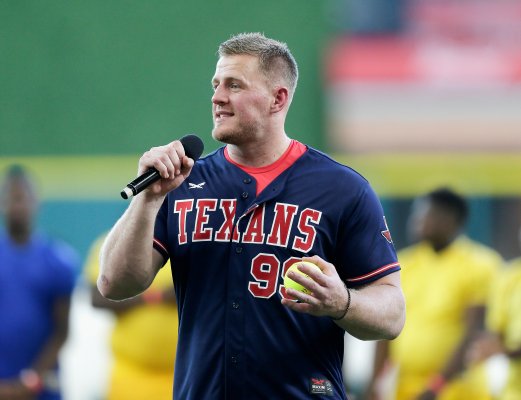