Hear the Voice of the New Kermit the Frog

The new voice of Kermit the Frog has made his official debut. Matt Vogel, the latest puppeteer to take on the iconic fuzzy green character, replaced long-time Kermit puppeteer Steve Whitmire after he was fired in the midst of controversy. (Whitmire was only the second person to voice the beloved felt amphibian, after Muppets creator Jim Henson himself.)

In a video posted to YouTube and social media, the old Kermit with a new voice popped up for a short installment of the ongoing “Thought of the Day” series.

“Dreams are how we figure out where we wanna go. Life is how we get there. I’m headed this way,” Vogel-as-Kermit announces in the frog’s signature voice. “My mistake, it’s this way,” he corrects himself, heading offscreen.

In a post on his website, Whitmire noted that he harbors no animosity towards Vogel, although he still wishes things had turned out differently.

“Inside and outside the Muppets, Matt is a stand-up guy… that I have been proud to call my brother,” Whitmire wrote. “I am having trouble understanding his support of the recast,” he added, but said that he was “trying to empathize with where he finds himself.”

“Still, we don’t need ‘Team Steve’ versus ‘Team Matt’. That not what’s best for the Muppets, for the fans, for Matt, or for me,” he concluded.

As for those fans? They seem willing to give Vogel a chance.

“It will definitely take some getting used to, but I kinda don’t mind it,” noted a popular YouTube comment. “I think Matt’s Kermit is closer to Jim’s than Steve’s. Matt has more of a rubbery sound that Jim had. As he performs Kermit more and more he will get better.”

All eyes — or ears — will be monitoring closely. 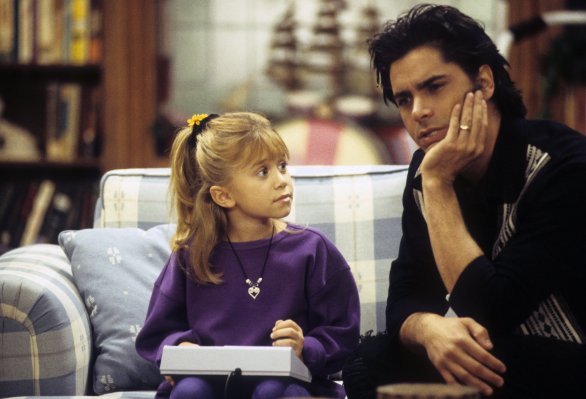 Here's What's Coming to Hulu in September
Next Up: Editor's Pick