Apple will hold its iPhone 8 event on Tuesday, September 12, the company announced Thursday.

The Cupertino, California tech giant is expected to unveil several new smartphones, including a high-end iPhone that could cost around $1,000. Apple is also set to announce a revamped version of its Apple TV streaming box.

Here’s everything Apple might announce at its iPhone 8 event, including the latest and most credible iPhone rumors:

The iPhone 8 will be the star of Apple’s show, arriving almost 10 years to the day after late Apple CEO Steve Jobs unveiled the smartphone’s first iteration.

In contrast to previous iPhone launches, Apple will reportedly launch three versions of the next iPhone. The high-end model, which could cost as much as $1,000, will be the most transformative of the trio. It will have a massive OLED screen, a facial recognition sensor and a revamped camera system for Apple’s augmented reality software, Bloomberg reports. It may also do away with a home button, relying instead on various hand gestures for user control.

The two other iPhone 8 models will be less transformative upgrades, more akin to the “S” models that Apple has historically introduced one year after unveiling newly numbered iPhones. They’re expected to be less expensive.

During the event, Apple is also likely to announce the official release date for iOS 11, a new version of the software that powers the iPhone and iPad lineup. That upgrade, which will also be available for older iPhones, should make the smartphone faster and more computer-like.

Apple is rumored to be launching a new version of its Apple Watch smartwatch featuring a built-in LTE chip, according to multiple reports. That chip will allow the Apple Watch to have a wireless data connection without an iPhone nearby.

The Apple Watch isn’t expected to receive any major hardware refreshes. But a new software update called WatchOS 4 is set to make Siri more powerful on the device, along with other changes.

Apple is set to bring a long-requested feature to its Apple TV streaming box: 4K video compatibility, according to the Wall Street Journal. That technology allows for streaming movies, TV shows and other media in ultra-high resolution, provided users have displays capable of outputting 4K content. Whereas such displays were once rare and expensive, they have dramatically come down in price over the past several years, leading to increased demand for 4K video.

The Journal reports that Apple is actively negotiating with Hollywood studios to agree on pricing for such ultra-high-definition content. Apple is seeking to charge users about $20 a movie, while the studios want $5 to $10 more, per the Journal. 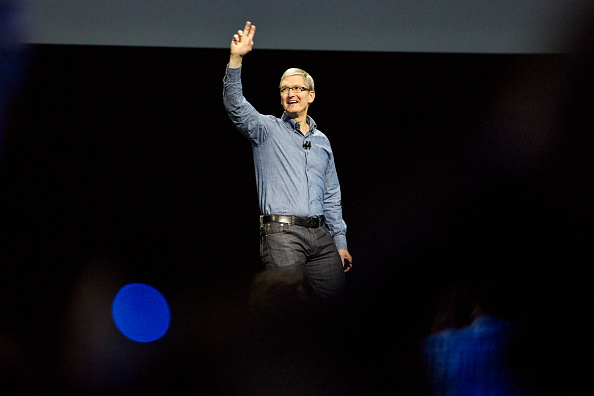 Here's When Apple's iPhone 8 Event Is Happening
Next Up: Editor's Pick