Apple's Next iPhone Might Not Have a Home Button at All

What if the iPhone 8 had no home button at all? Not just a digital version on undifferentiated glass, but no go-to screen point whatsoever? If Bloomberg’s Mark Gurman proves correct, that may be where Apple’s next iPhone is headed when the company unveils its 10th anniversary edition iPhone on September 12.

The iPhone’s home button serves several purposes, from summoning Siri to unlocking the device and authenticating Apple Pay purchases. But Apple may ditch the home button in favor of incorporating new software-based gestures for interacting with the device, according to the report. Gurman claims Apple is testing a high-end version of the iPhone with no home button at all — not even a digital one.

Instead, a software bar would display across the bottom of the screen. Users could flick up toward the middle of the display to unlock the iPhone, then switch between an app and the home screen. Gurman attributes the changes to images he’s viewed of the new device that he says have been verified by people familiar with the gadget.

This isn’t the first time we’ve heard claims about Apple adding new gestures to the iPhone. Earlier this month, developer Guilherme Rambo discovered videos hidden in Apple’s iOS 11 beta that show how swiping up from the bottom of the screen could launch the phone’s app switcher. Currently, users switch between apps by double-pressing the home button. An Apple spokesperson declined to comment.

The removal of the home button would provide more space for the larger screen Apple is expected to debut on its forthcoming premium iPhone. The 10th anniversary version of the device will feature a taller screen with rounded corners and a cutout at the top for the selfie camera and facial recognition sensors, says Bloomberg. The new phone will reportedly be about the same size as the iPhone 7, but will have a screen that’s larger than the iPhone 7 Plus’ 5.5-inch display.

The changes would come long after Android phone makers have released new smartphones with similar features. Samsung’s Galaxy Note 8 and Galaxy S8 devices both include a screen with super slim borders above and below the display, while the screen’s glass slightly curves over the edges. The new Essential Phone (from Android co-creator Andy Rubin) also has a barely present frame around the screen, with a small cutout at the top for its camera. Apple’s new phone won’t have a curved screen, according to Bloomberg, conflicting with previous reports, but Gurman does describe it as being “almost all screen.”

Apple is expected to unveil this new high-end iPhone along with updated versions of the iPhone 7 and 7 Plus, a refreshed Apple TV and a new Apple Watch on September 12. 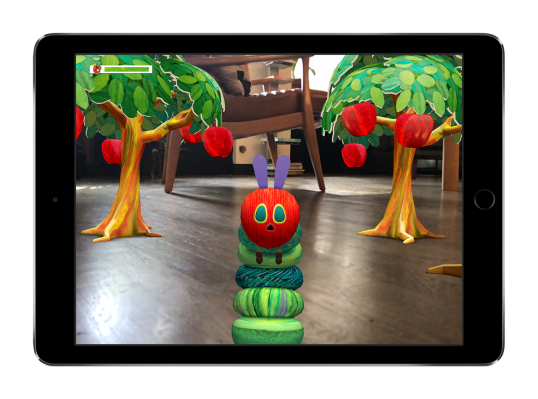 Apple's Plan to Change How You Experience the World
Next Up: Editor's Pick