Severe Flooding in South Asia Has Caused More Than 1,200 Deaths This Summer

The death toll continues to rise amid concerns that disease and food insecurity could claim even more lives, according to the International Federation of Red Cross and Red Crescent Societies (IFRC). Most recorded deaths were in India, but many also died in neighboring Bangladesh and Nepal.

A spokesperson for the IFRC tells TIME that nearly a million houses have been damaged or destroyed in the three most affected countries. The U.N. estimates that more than 41 million people have been affected by the downpour. The monsoon season typically lasts from June to September.

Poor areas of Nepal have been particularly hard-hit; more than 210,000 homes have been damaged or destroyed by floods or landslides, and 143 people have died. In Bangladesh, roughly 8.6 million were affected, 142 died and enormous areas of farmland suffered damage, the IFRC said.

About a third of the country has been submerged by this year’s rains, according to the New York Times.

In India, the flooding has affected more than 30 million people, while the financial capital Mumbai is reportedly paralyzed by the waters. The Times reports that schools were shut Tuesday and transportation ground to a near standstill.

IFRC spokesperson Antony Balmain tells TIME that the flooding has heightened the risk of diarrhea, dengue fever, Japanese encephalitis and other diseases.

Monsoon season regularly ravishes the Indian subcontinent. In 2014, hundreds died when the coastal Indian city of Chennai saw its heaviest rains in a century. This summer has brought more rain to Mumbai than any other year since 2005, the Times reports, when it was devastated by downpour that killed more than 1,000 people across the state of Maharashtra. 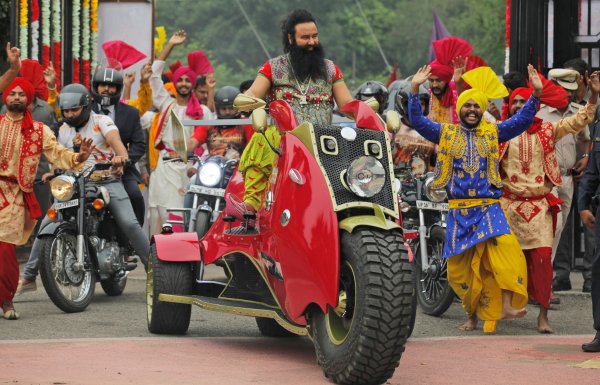 What to Know About India's 'Guru of Bling' Whose Rape Conviction Sparked Riots
Next Up: Editor's Pick