Most Instagram Ads for Plastic Surgery Aren't From Qualified Doctors

Social media, with its attendant selfies, filters and beauty tutorials has been really good for the plastic surgery industry. The average age of the plastic surgery client has dropped and an increasing number of young people are seeking to get cosmetic work done.

But a new study from Northwestern University says most of the providers marketing their services on at least one platform, Instagram, are not technically plastic surgeons.

According to the report, which was published in the Aesthetic Surgery Journal on Aug. 30, fewer than 18% of all the posts for plastic surgery on the platform were placed by Board Certified Plastic Surgeons. Cosmetic procedures were also offered by other physicians as well as barbers, dentists and at least one hair salon.

“The confusing marketing on social media is putting people at risk,” said senior study author Dr. Clark Schierle, a health system clinician of surgery at Feinberg and a Northwestern Medicine plastic surgeon. “There have been many recent reports of patient harm and deaths resulting from inexperienced providers offering services outside of their area of expertise.”

Researchers are particularly worried that young people, who increasingly want to improve their appearance for Instagram, Snapchat and other social media channels, but often lack funds, might not understand who is really qualified to carry out these procedures. “It’s doubly important for teenagers,” says Dr. Schierle, who says that the combination of adolescent self-consciousness, hyper-awareness of the social sphere and cyber bullying can make teenagers particularly prone to such Instagram ads.

In fact, more than half of the facial surgeons polled by the American Academy of Facial Plastic and Reconstructive Surgery (AAFPRS) reported an increase in cosmetic procedures in patients under age 30 in 2016. And 42% of them said their clients had at least in part been driven by a desire to look better in selfies, Instagram, Snapchat, Facebook Live or other social channels.

Most medical processionals are wary of the increase in the demand for plastic surgery among teenagers, especially at the alarming rise in those who are dissatsified with the appearance of their genitalia. Teens, they note, are often seeking to change the appearance of a body part that has not yet finished growing. Schierle says he tries to dissuade most teens from undergoing plastic surgery, but worries “they might be lured by a more seductive social media artisan.”

The Northwestern study analyzed more than a million Instagram posts using 21 different hashtags. Plastic surgeons accounted for only 17.8% of top posts, while other physicians, including otolaryngologists (ear and throat docs), dermatologists, general surgeons, gynecologists, family medicine physicians and an E.R. doctor, accounted for 26.4%. More than 5% were by random others, including dentists, non-medical spas and a hair salon.

The study also found that posts from plastic surgeons tended to be more educational, while those from other providers were more promotional, but often used less formal or technical language of the type that users might more readily search for. “Nobody is going to search for #augmentationmammoplasty,” says Dr. Schierle. “They’re going to search for #boobjob.”

Obviously, plastic surgeons have a financial interest in persuading customers to shun cosmetic surgery providers who are not in their ranks, but they also usually have the training to back it up. “Somebody who has spent the majority of their career and all their training in a different discipline is simply not as qualified,” says Dr. Fred G. Fedok, president of the AAFPRS. “Anything that someone can do to a body that alters tissue can have an unexpected side effect.”

Generally, a board-certified plastic surgeon is a doctor with at least six years of surgical training and experience, three of which years were spent specifically in plastic surgery. But that’s not always what counts to the consumer. “In terms of marketing these days, and people becoming aware of a physician,” says Dr. Fedok, “the most important factor seems to be social media.”

On the upside, the age of the selfie hasn’t just propelled more people to have plastic surgery. It’s also helped them recover. Surgeons now ask patients to send them post-operative selfies to check up on their healing. 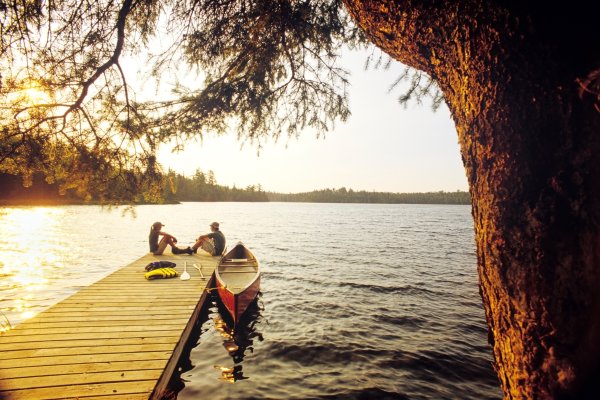 How Summer Camp Made Me a Better Adult
Next Up: Editor's Pick