Professional distance runner David Torrence was found dead at the bottom of a swimming pool at a condominium complex in Scottsdale, Ariz., on Monday morning. He was 31 years old.

Authorities arrived at the complex at around 7:30 a.m, according to local reports. Firefighters removed his body from the pool and he was pronounced dead at the scene. Police did not suspect any foul play but local medical examiners are investigating his death.

Torrence was an accomplished runner at Cal-Berkley before winning the 2009 U.S. indoor championships 3,000 meter final. He signed a professional contract with Nike and went on to win multiple U.S. titles on the track and on the roads. In 2014, he set the American record in the indoor 1,000 meters by running 2:16.76. The record still stands. He was best known in his career as a hard-worker and someone who was never afraid to push the pace in races.

He switched his international allegiance from USA to Peru in 2016.

The track and field community mourned his loss on Twitter:

The HOKA Long Island Mile, which will be held in Melville, N.Y., on Sept. 6, announced that it will rename its men’s elite race in memory of Torrence. He had won the race in the past two years and was planning on defending his title for a third consecutive year. 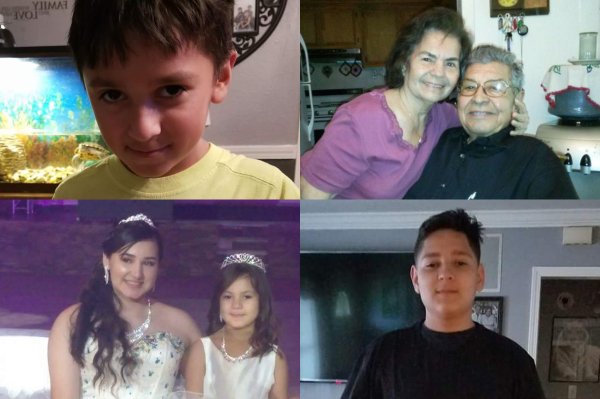 'I'm Sure They're Gone.' Devastated Family Mourns 6 Relatives Missing in Houston Floods
Next Up: Editor's Pick