The Cassini Spacecraft Will Soon Commit Suicide on Saturn. Here's What to Know

After more than a decade of exploring Saturn, the Cassini spacecraft will soon commit suicide by plunging into the planet it has been documenting for years.

The spacecraft launched nearly 20 years ago, and took about seven years to make it to Saturn’s orbit. Since 2004, Cassini has completed more than 290 orbits of the planet, sending back thousands of stunning images and making discoveries about Saturn, its rings and its moons. On Sept. 15, Cassini will die by diving into Saturn’s atmosphere. Here’s what to know about its mission and final days:

What is Cassini’s last mission?

Before Cassini makes its fatal plunge into Saturn’s clouds, the spacecraft will complete what NASA calls a “Grand Finale.” The final mission started in April and will end in September as the spacecraft transmits as much data as it can from Saturn before it dies in the clouds. After doing a close flyby of Titan, one of Saturn’s moons, Cassini will complete a series of weekly dives between Saturn and its rings, offering a never-before-seen look at one of the solar system’s most unique regions.

What has it found?

Throughout the course of its time documenting Saturn, Cassini has uncovered a trove of new knowledge. Scientists managing the spacecraft have seen through Cassini how the seasons on Saturn change, witnessed a massive storm on the planet and more. The discovery of methane lakes on the moon Titan and oceans on the moon Enceladus have shown scientists “how prevalent and common life beyond Earth may truly be,” said Curt Niebur, a Cassini program scientist, during a NASA press conference on Tuesday.

NASA hopes that the last few days of Cassini’s life will allow scientists to “understand Saturn from the inside out,” according to Linda Spilker, a Cassini project scientist. This includes obtaining more information on the composition of Saturn’s atmosphere, the interior of the planet and the age and size of its rings. Cassini’s dives between Saturn and its rings has revealed to scientists that there’s a complex interaction between the planet’s atmosphere and ring particles, and that Saturn’s rings are slightly less massive than expected.

Why will Cassini die on Saturn?

According to NASA, Cassini is running out of rocket fuel, which will eventually prevent mission operators from being able to control where the spacecraft goes. Left to its own devices, the spacecraft could collide with one of Saturn’s moons. Because Enceladus was revealed through Cassini’s findings to have the potential to carry a habitable environment, NASA wants to avoid a potential situation in which the spacecraft collides with the moon and interferes with a future search for life there. Therefore, NASA has decided to have Cassini die safely on Saturn. 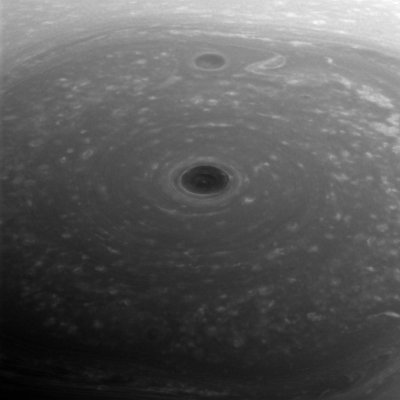 The Spacecraft Cassini Captured the First Detailed View of Saturn’s North Pole
Next Up: Editor's Pick