Bran Stark’s reunion with his sisters may have started off on the wrong foot, but in Game of Thrones‘ season seven finale, he turned things around by outing Littlefinger for betraying their father.

But that wasn’t even his only major revelation of the episode. Following Samwell Tarly’s arrival at Winterfell, the pair combined their knowledge to piece together the details about Jon Snow’s — a.k.a Aegon Targaryen’s — birth. Bran then traveled back in time to witness the marriage of Jon’s real parents — Rhaegar Targaryen and Lyanna Stark — confirming that he’s a trueborn Targaryen.

Sam is the first person Bran has spoken to since his return from beyond the Wall who hasn’t been put off by his transformation into the Three-Eyed Raven. And according to John Bradley — who plays Sam — a partnership between the two characters could prove to be a game-changer.

“In terms of the influence they now have over people, and the news that they have, and the way they can backup the information with evidence, they could really move things forward,” Bradley told the New York Times. “You saw the way Bran talked about Littlefinger holding the dagger to Ned Stark’s throat, and the effect that that had in the Great Hall of Winterfell. People started to believe him. People were wondering, ‘How could he possibly know that?’ That was just a small taste of the power that Bran has, especially regarding certain key pieces of information that other people might not believe otherwise. And Sam has all the other information, the hidden details, that Bran’s skill can’t quite provide. Bran and Sam together, they should be able to have the ear of anybody they choose.” 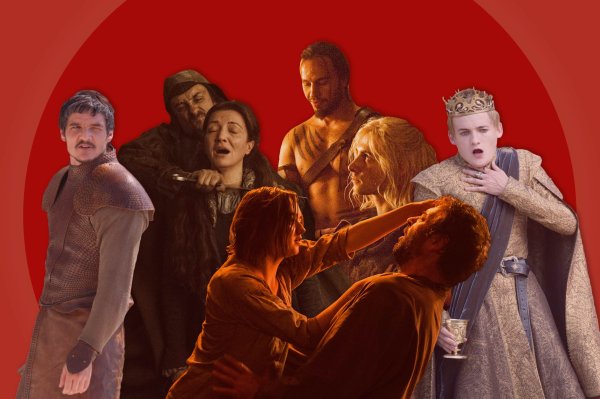 Relive the 15 Most Gruesome Death Scenes on Game of Thrones
Next Up: Editor's Pick