Dingoes are blamed for hunting the Tasmanian tiger to extinction. But humans bear the blame
Jason Edwards via Getty Images
By Bryan Walsh

Dingoes get a bad rap. A free-ranging dog found in chiefly in Australia, dingoes have been blamed for killing sheep and hunting the Tasmanian tigers and devils to death. Oh, and snatching the occasional baby, which you might remember from that classic Elaine Benes line on Seinfeld.

But there’s good news for the Canis lupus dingo: it’s been cleared of one of those charges. Dingoes, which came to the Australian mainland from Southeast Asia over 4,000 years ago, were long believed to be primarily responsible for the extinction of the marsupial thylacine, also known as the Tasmanian tiger, as well as the elimination of a different marsupial, known as the Tasmanian devil, on the Australian mainland. Dingoes are voracious hunters, closer to a wolf than a dog, but while they established themselves through much of Australia, they never reached the island of Tasmania, which is now the only place that the devils can be found. That fact was enough for many experts to put much of the blame for the extirpations on the dingo’s shoulders.

(MORE: How Human Activity — and Extinctions — Are Driving Evolution)

But a new study by Australian scientists has found that it’s humans, not the dingoes, that are primarily at fault. The researchers created a mathematical model of the interactions among predators (including dingoes and human beings, who came to the Australian continent 50,000 years ago) and their prey, in prehistoric Australia. The model included climate variables and possible changes in vegetation, both of which could affect animal populations. They then experimented with the models to see which factor played the biggest role in the losses of the Tasmanian devil and tiger.

It shouldn’t be surprising that human beings took the rap. When prehistoric humans first came to Australia, the continent was full of unimaginably large animals: the rhino-sized Diprotodon, massive kangaroos, marsupial lions that weighed more than 200 lbs. (91 kg). And once they got there, humans proceeded to hunt those animals to death, part of a global event known as the Pleistocene megafaunal extinction. That “overkill,” as Jared Diamond has called it, likely wiped Australia clean of megafauna. And while humans—and dingoes—would have hunted the Tasmanian tiger and devil, the model found that rapid human population increase would have reduced the animals’ prey, essentially displacing them. The dingo, in turn, took the Tasmanian tiger and devils ecological role as a top predator and scavenger.

Far from being a scourge, big carnivores like the dingo play a vital role in ecosystems—and their loss can have major impacts on animals and plants below them in the food chain, as a Science paper published this week showed. Here’s my colleague Veronique Greenwood:

So give the dingo a break. They’re doing more good than harm ecologically—which is more than you can say about most human beings. Now about that Seinfeld episode…

(MORE: Why it’s Good (For Someone Else) to Get Eaten By a Lion) 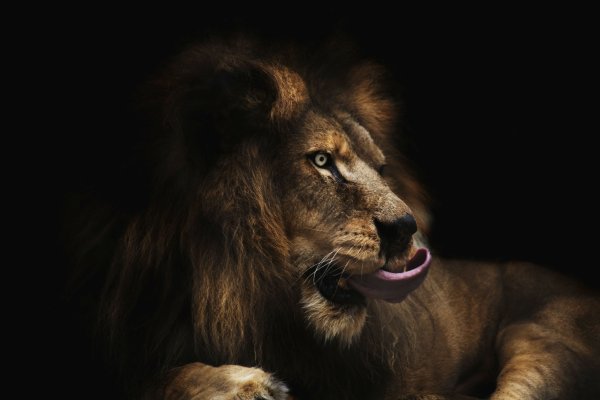 Why it's Good (For Someone Else) to Get Eaten By a Lion
Next Up: Editor's Pick