Guy Behind the Latest Big Meme You Saw Everywhere: 'I Didn’t Even Know What a Meme Is'

After a stock photo of three people entangled in a romantic triangle became a viral sensation, the photographer behind the image is speaking out about the roots of the picture, the models involved and how he’s handling this whole internet fame thing.

“My models and I work really hard and we make a living out of our work, so the meme situation is just an anecdote that can be curious,” Spanish photographer Antonio Guillem wrote in an extensive comment to New York’s Select All. Since he says he has worked for half a decade in the stock photo industry and sells 1,600 photos daily, this one was only a blip on his radar. “I never thought that one of my images will be that popular. I didn’t even know what a meme is until recently, when the models started to tell me,” he continued.

He also explained that the models are close to him: “I care about them as they were my kids,” he said of two of them. (The internet discovered that the three are in many of his shots, leading to funny takes on the rest of the photo shoot’s narrative.)

As for the back story on the photo shoot that has now become iconic? They were in Catalonia, Spain in mid-2015, he said, playing around with the “infidelity” concept. Everything was improvised, but it was “challenging” to get the facial expressions just right — since the group had difficulty keeping straight faces.

Intriguingly, this is not Guillem’s best-selling photo, nor is it making him a ton of money. Most of the memes of the image are pirated online spoofs, so Guillem is not getting much in the way of a copyright kickback. But he’s not too bothered by it, except, he says, in instances where the new take is decisively derogatory.

See below for two iterations. 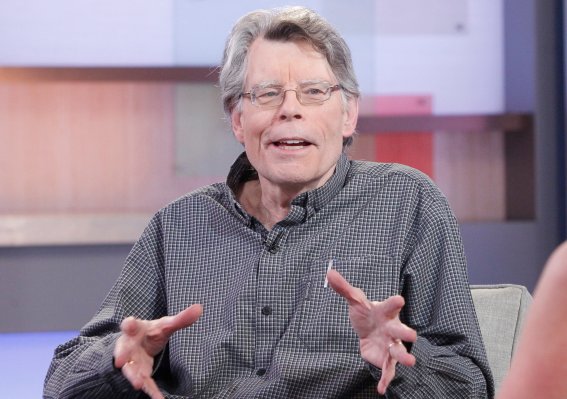 Stephen King Just "Blocked" Donald Trump from Seeing 'It'
Next Up: Editor's Pick