50 Years Ago This Week: The Changing Face of American Business

In 1967, International Telephone & Telegraph Corp. (ITT) comprised about 150 companies in 57 countries, with 204,000 employees, and was responsible for developments that included the hotline between Moscow and Washington, D.C. And yet the company’s president, Harold Geneen, admitted sadly that, “You can stop 15 people in the street and not one will know what ITT is.”

What it was — and why it and Geneen were the subject of this week’s cover story — was a conglomerate, a business term with which TIME did not presume its readers would be familiar.

“So far this year, major U.S. business mergers have been moving at a record clip of 150 a month,” the article explained. “But what sets the present wave of mergers apart is not so much its volume as its nature. Over 70% of the mergers have been of the conglomerate variety. The reason for this is that antitrust rulings have virtually outlawed ‘horizontal’ mergers (between competitors) and, to a lesser extent, ‘vertical’ ones (with suppliers or customers). As a result, today’s merger-minded companies are looking for partners in industries far afield from their own, as in American Tobacco’s current negotiations to acquire apparel-making Kayser-Roth Corp.”

And — even though Geneen and many of his cohort didn’t actually like their companies being called conglomerates, thinking the term implied a lack of unity — that wave of conglomerate-style mergers had translated to big success for U.S. businesses. The theory was that the bigger business could help its acquisitions by making investments and providing them with shared services such as computers and research.

But, as money poured in for some, the Department of Justice had an eye on such dealings too — with the implication that antitrust challenges might present an obstacle to future mergers.

Falling support: Over the summer, new polls showed, support for the War in Vietnam had dropped substantially, with one survey showing 75% of respondents “dissatisfied” with its progress.

“Garbage in, garbage out”: In an interesting juxtaposition with those facts and figures, this week’s TIME’s essay took on the subject of how “the American appetite for statistics seems insatiable” and how frequently those numbers were basically bunk. Case in point: the “solemnly reported” factoid that a full-third of female undergrads at Johns Hopkins had, a few years previously, married faculty members . . . which was often retold without mentioning that, at the time, there were only three coeds studying there. As a result, professionals of all stripes had become experts at what one author called “statisticulation,” or “lying with statistics.”

The Good Ship of State: The news that Mrs. Charles Black had announced her candidacy for a seat in the House of Representatives was of particular interest, given that she was better known by her maiden name: Shirley Temple. Though her run for that particular seat would be a failure, she did go on to a long and successful diplomatic career.

Time off: A survey of American time use revealed that, despite the many past promises of futurists, citizens actually did not have more leisure time than they had in the 1930s, and all the new technology on offer had not actually decreased the amount of time it took to do their work, both at home and in the office. (And in fact, the five hours a day of leisure back then is roughly equal to the figure for 2016.)

Great vintage ad: This Scotch ad is interesting for the way it plays on the idea that the bachelor pad at which it’s set belongs to a single woman. 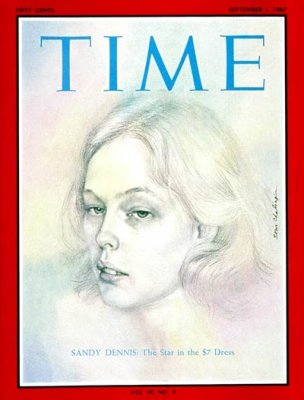 50 Years Ago This Week: Confronting Hollywood's Unreasonable Beauty Standards
Next Up: Editor's Pick